I mentioned in my previous post that one of the things I had on my list to see in Paris was the Paris High Line. The French name for it is: Coulee Verte Rene-Dumont. Some refer to it as Plantee' Promanade, but I prefer to call it the Paris High Line. 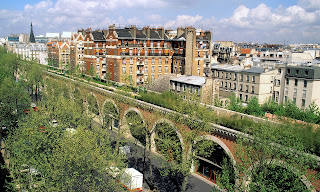 Their High Line was built on an abandoned elevated rail line in the 12th arrondissement in 1993 and stretches over four km all the way to the outer Blvd. Peripherique. 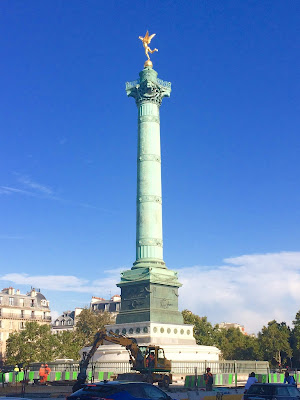 You can locate the entrance behind the "new" Opera house which faces the Bastille Monument. 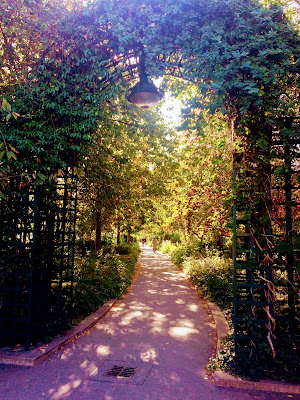 Completed in 1993 it is a beautiful linear park high above the busy city, and even though it is a long walk, there are many entrances and exits along the way. 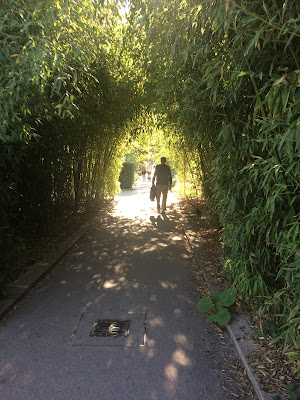 There are also shaded arbors to give you a break from the hot sun. That's Tom walking ahead under a canopy of bamboo. 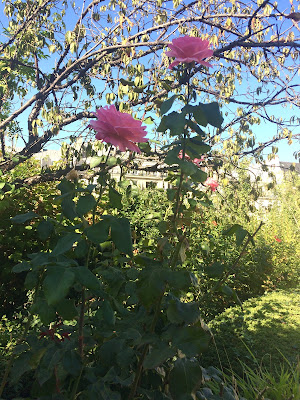 I was delighted to see that there were still flowers in bloom in late September, 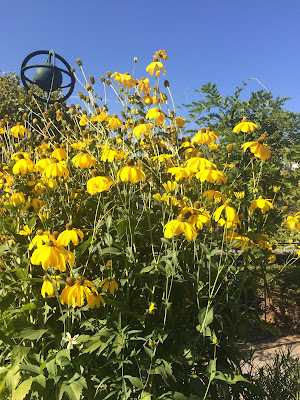 which were responsible for me not keeping up. I was too busy stopping to smell the roses! 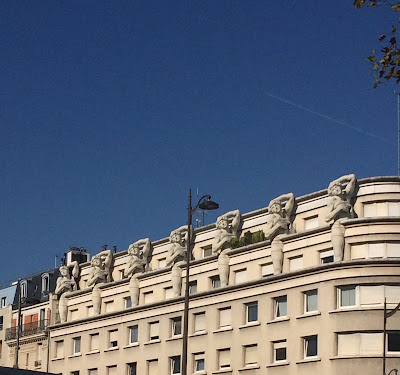 There were many interesting buildings  along the way. This one caught my eye, and rightly so. I researched and discovered that it is the police station in the 12th arrondissment and those statues along the top are copies of Michael Angelo's The Dyeing Slave which can be found in the Louvre.

Time to move on. Next we fly to Pisa, and I am sure you know what we saw there.