Our First Flight and The French Open?

Fort Worth is celebrating an aviation feat this week. It's the 104th anniversary of the first aircraft to fly in Ft. Worth way  back in 1911. Yes, the Wright brothers had achieved flight  in 1903, but by 1911 most people across the country had not seen one of these flying machines.. Seventeen thousand people were on hand to watch this amazing event, which happened to be just up the street from me. Okay how does that tie into the French Open?

Well one of the pilots of the Moisant Flying Team,  and the one at the controls for that first flight was Roland Garros. 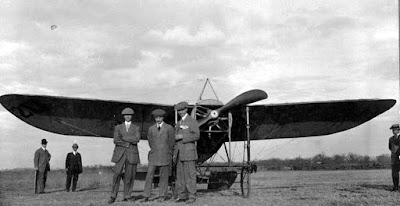 That is Garros in the center standing in front of that plane, a Bleriot XI. in Fort Worth. Garros went on to become a celebrated fighter pilot for his country of France in World War I, and the event we all know as The French Open is played at the Tennis Complex named for Garros. Actually the French don't call it The French Open, but the Roland Garros Tennis Tournament. 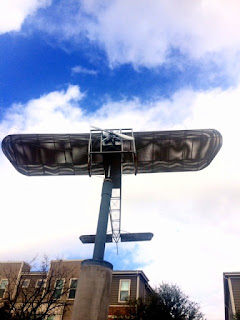 This likeness of the plane stands in the exact location of this exciting event. 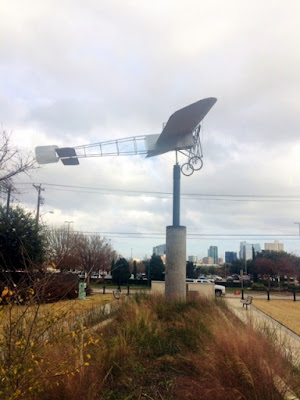 From this angle, you can see the skyline of downtown Ft. Worth. 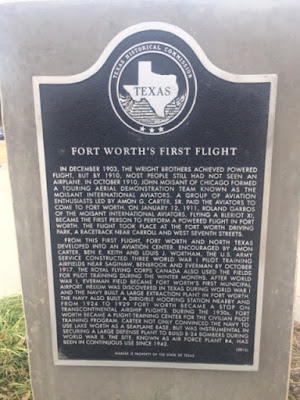 There is a history plaque at the sight, but I'll bet most folks in town have not stopped to read it. Funny, when folks think of Ft. Worth,  they think of Cowtown, but aviation fever caught on here and one in five in this town are employed in the aviation industry.

If you would like to read more about Roland Garros go:HERE