This blog is about a world famous play, a granddaughter, a playwright, a hospital and a neighbor. Now that is an odd combination you say…well let me explain. 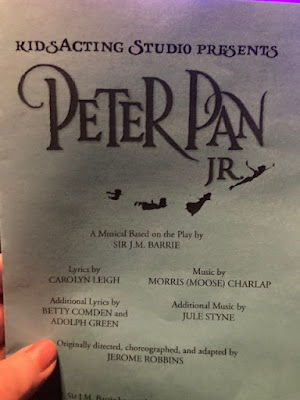 One of our beautiful granddaughters (if I don’t say so myself) is a bit shy. So my daughter enrolled her in a private children’s acting club. We were excited about her first  performance and drove down to Austin to see the play this weekend. Husband Tom wanted to know if she was going to be a tree? You must forgive him, he was just joking. 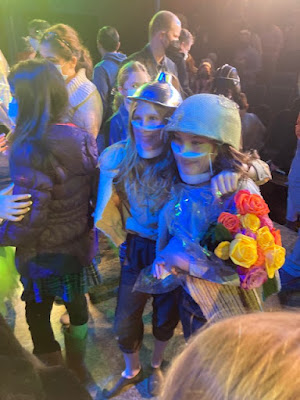 She did a great job playing one of the lost boys…that’s Hannah with the flowers. 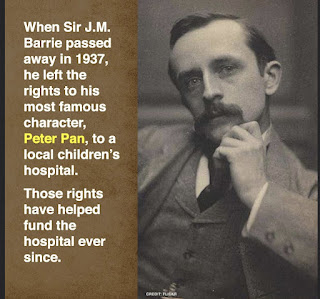 So, did you know that a hospital in London has realized millions of dollars from this gift (see above) that was anonymous for years. All of this was to end fifty years after Barrie's death, but in 1989 the government in the U.K. passed some sort of bill. I believe it was the Designs and Patents Act....don't quote me on this, but this extended the royalties in the U.K. until perpetuity.. 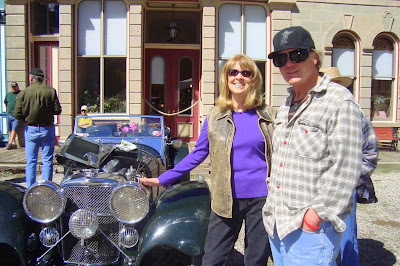 At the risk of seeming like a name dropper. Meet Ani Barrie long time neighbor and friend, who is an artist and past owner of Ani Barrie Sweaters, and yes that's right..... a direct descendant of  the Barrie family. Seen here with her husband Greg at an antique car event in Lake City, CO. So there you have it. I guess this post has been about connecting the dots!