The Stockings Were Hung

After a lot of discussion, we have decided that we would not put up our Christmas tree this year. 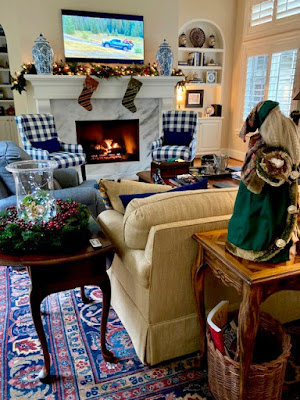 Since we will be doing no entertaining and the family will not be here, it just seemed like a lot of effort for the two of us. Early on my two daughters and their families were to be here for Christmas,but we feel like the virus is everywhere now and being so close to a vaccination, we have decided to stay isolated. Decorating the mantle today and putting a few things here and there will at least make it feel a bit more festive.

Will your holiday look different this year? 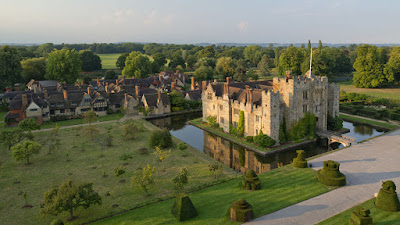 Long ago back in medieval times,  nobility lived in castles, and to protect themselves from their enemies, they dug moats around them. 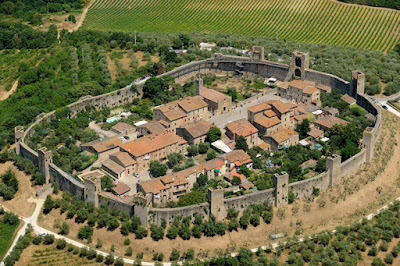 Some cities even had a wall around the whole city, again to protect themselves from people on the other side of the wall. 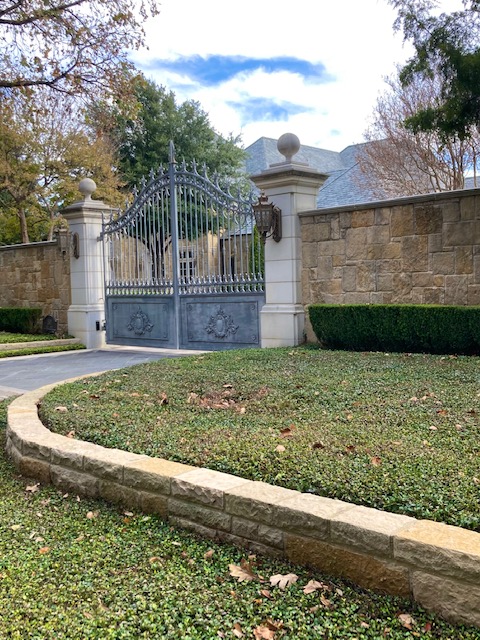 On my usual walk I pass by homes with large walls and security gates, which can be quite pretty. 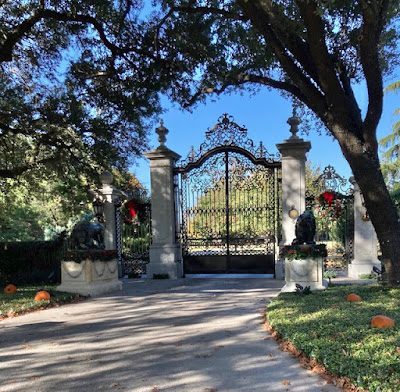 Some would even be described as elaborate...like these into a billionaire’s estate. 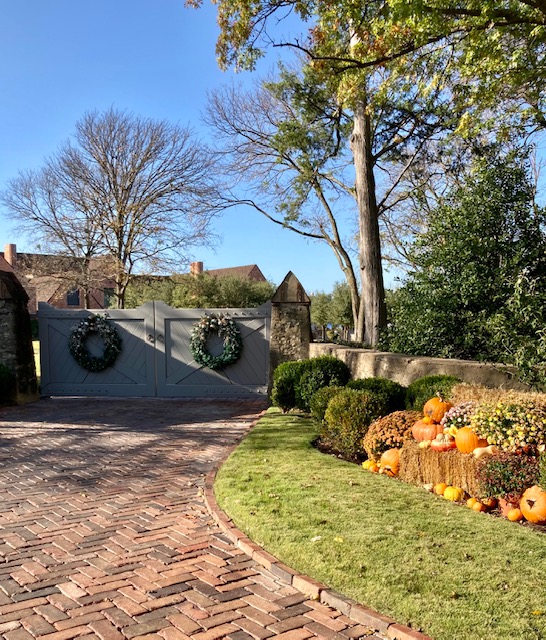 His neighbor is a billionaire too, but his wall looks like I could even get over it. Well, not really. To the left side of that gate  is a guard shack with an armed guard inside. I didn’t even feel comfortable taking his picture with the way he was looking at me. 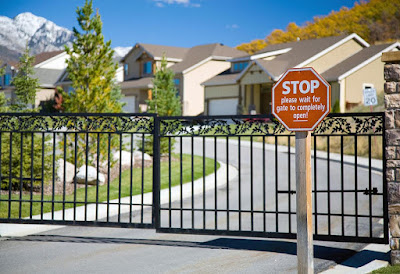 These days it seems to be a selling point. Listed among the amenities
is the security gate.
So, we have not evolved much since medieval days. I guess there always be the have and the have nots...I would have just thought that mankind would have become more civilized in all  of this time.
I do not live behind a wall or a gate. Not sure that I would want to. For one thing I come and go way too much to wait on a slowly opening gate.
Your thoughts ?
Posted by Janey and Co. at 7:41 AM 7 comments:

Happy Thanksgiving to all of my American followers! 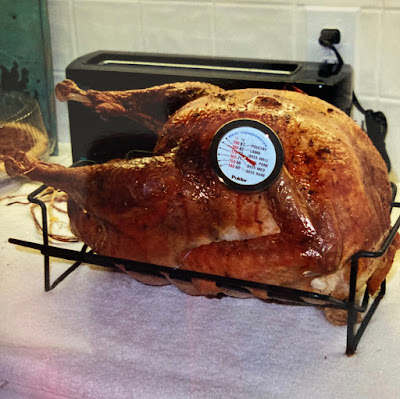 A turkey from a past Thanksgiving. 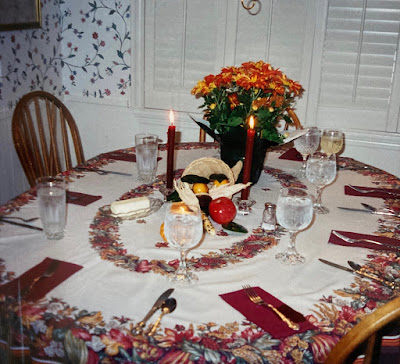 It’s always a treat for me to set a festive table. 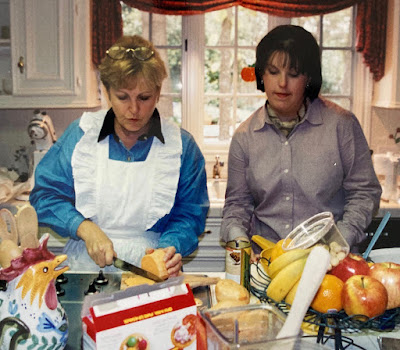 and cook in the kitchen with anyone who will help...in this case my daughter Stacy. 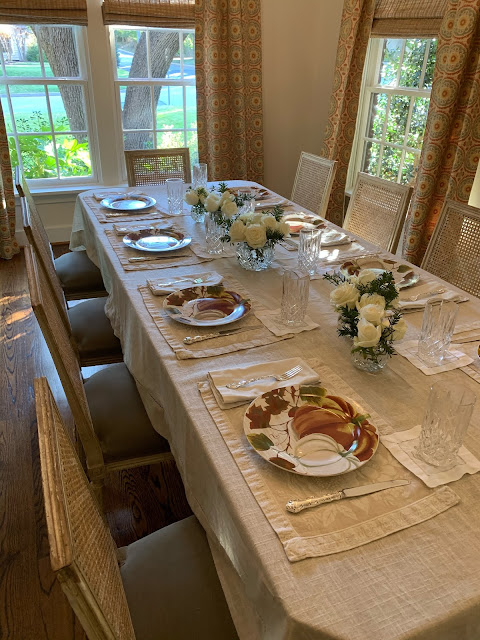 Just got a text of my niece’s table...all set for today’s feast, 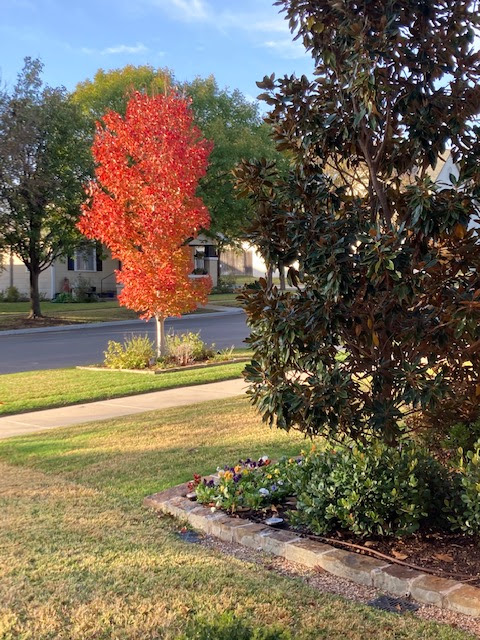 but to be safe we are staying home. Yes just the two of us. We are still enjoying our neighbor’s tree which I posted a picture of before, but this is this morning...it is still beautiful.

Don’t feel sorry for us..we really do enjoy being together

I don’t know about you but it is getting more and more difficult to find something to post about.

Let’s see doing laundry, making soup and grocery shopping online isn’t very interesting or probably any different than what you are doing. 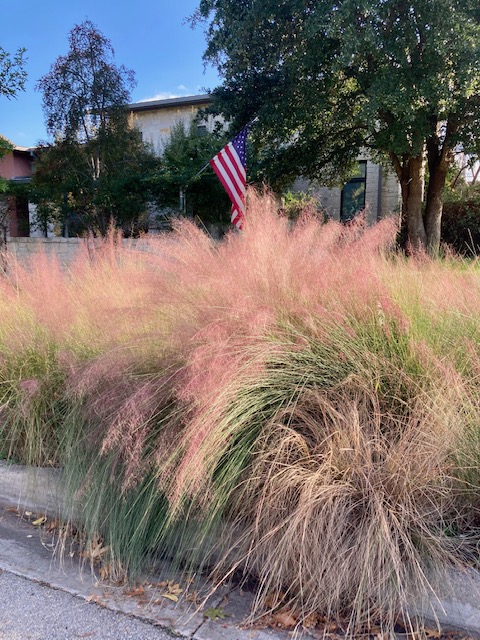 So I decided to take a walk to see if I came across anything interesting. ...and spotted this. This home has unusual landscaping for our neighborhood. It is more like something you would find in New Mexico or Arizona. I am not sure what these plants are but they have pretty feathery tips this time of year. Along about February cut these back almost to the ground...and by Spring they return to full size.

I hope you are all doing well....and staying safe..Janey

We got the results of our test back today....you know the one for the nasty virus. 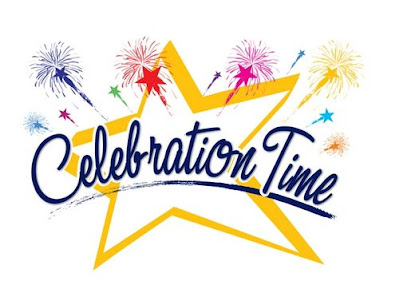 and the results were negative...
You can be assured we are going to be a lot more careful now !

Am I Really Being Careful?

On Sunday afternoon, I invited two friends  over to answer questions about a club I am thinking of joining. Being ever mindful that you can’t be too careful, I made individual snack plates and we sat out in my outdoor courtyard socially distanced from each other. One friend  did stay a hour longer than the other, and we went indoors, but we sat more than six feet from each other in the house..

Well she found out yesterday, that the day before, she was with someone for quite awhile doing crafts and that person, who was unaware of it, had Covid.

Me oh my, so now she is to be tested....and if she is positive, we need to be tested. You can’t be too careful friends...stay tuned.

Out for a walk in the neighborhood in this beautiful weather 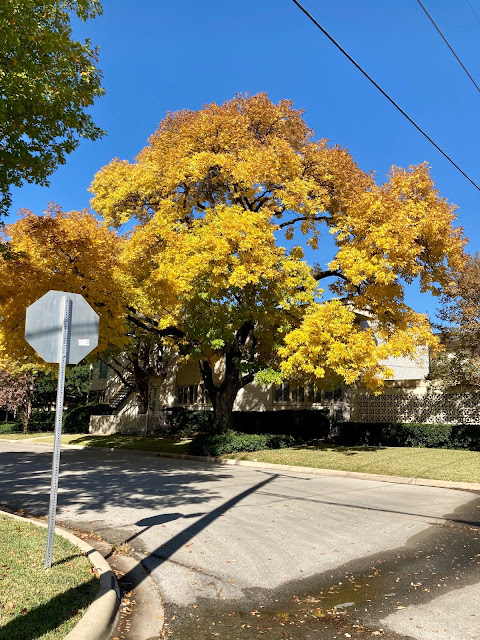 The leaves seemed to have changed overnight. 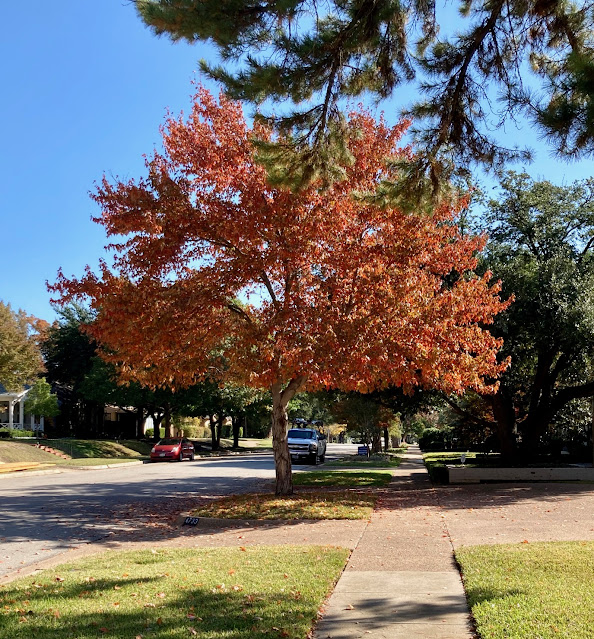 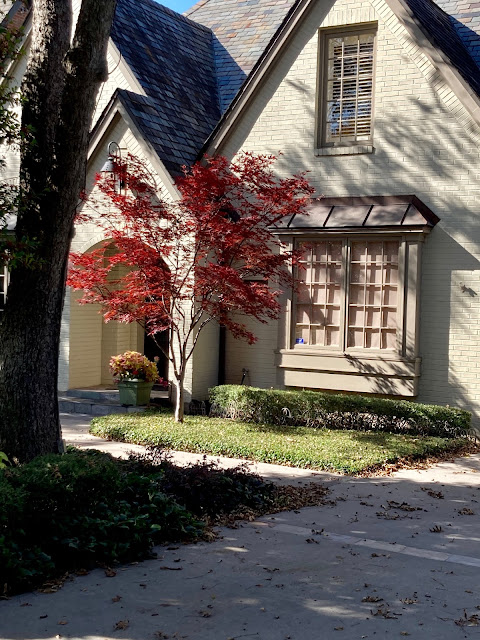 These feathery Japanese Maples are a favorite though. 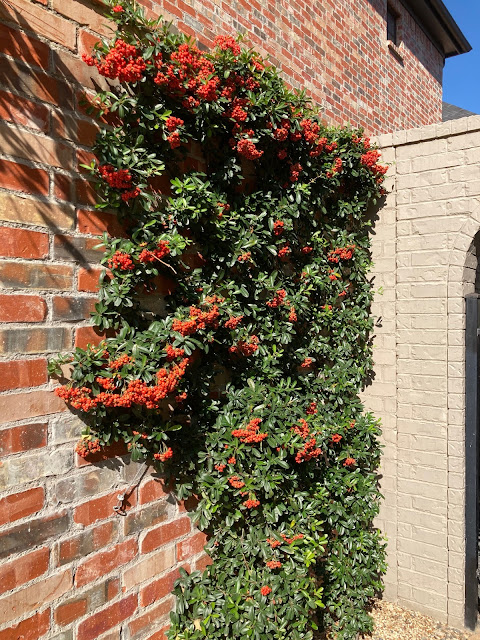 Returning home where the berries on our Pyracantha are a pretty orange.

I haven’t been out to take photos in awhile...so here is a shot out the window of our neighbor’s  tree. 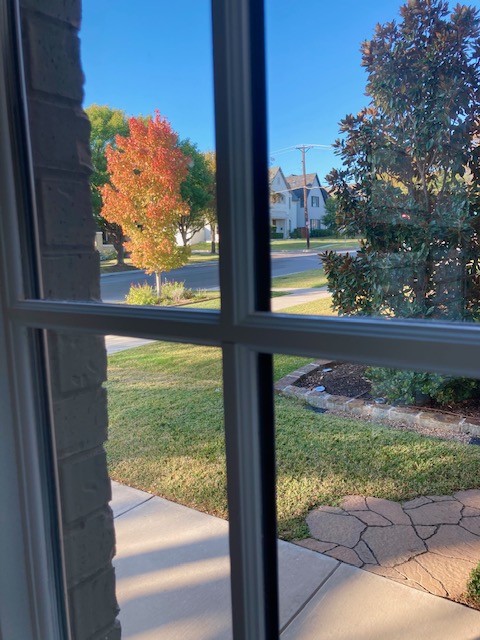 We are enjoying a perfectly delightful November. I hope you are having pretty weather too. Janey