Some of you know that we moved to Ft. Worth about eight years ago from south Texas. Although this is not the first time I have lived in Ft. Worth. When I was nine years old we lived here for about a year. I was going to write about a big event that year….my first train ride, but since I get side tracked on occasion when reading history, okay maybe a lot. So let me share with you about the two Texas and Pacific passenger stations. 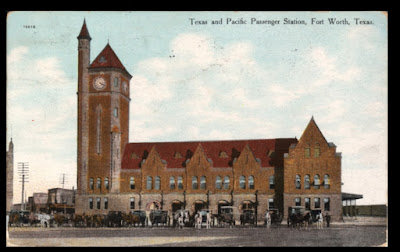 In 1900 Ft. Worth was very proud of their new Texas and Pacific (TP) Railroad Station built just south of downtown. 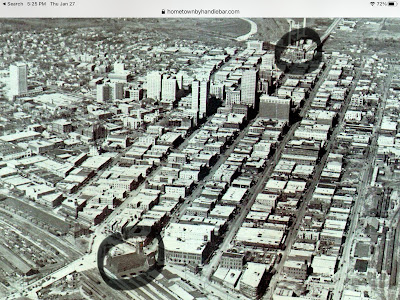 Matter of fact it was directly south of town, exactly one mile south of the courthouse. Both facing Main St. The station and the courthouse had clocks on top and depending where you were on main you could see one or the other. Not sure if you stood  halfway you could read both…probably not. 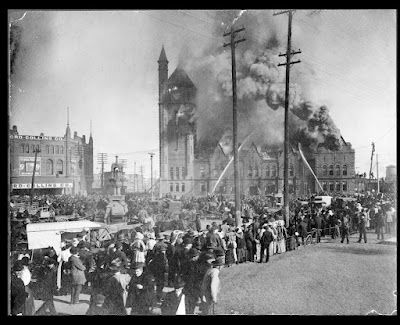 Unfortunately there was a fire in 1909. Looks like the whole station was on fire, but they were able to extinguish it and the station was repaired.

I guess when the stock market crashed in 1929 people didn’t realize how long the approaching depression was going to last because a new Texas and Pacific Station was underway in 1930.. Look to the right and you can see the tower of the old station. 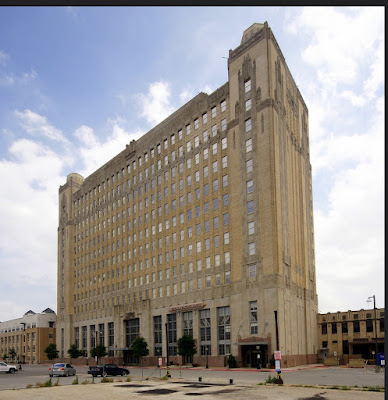 The new station was certainly bigger and showing off the latest Art Deco design. 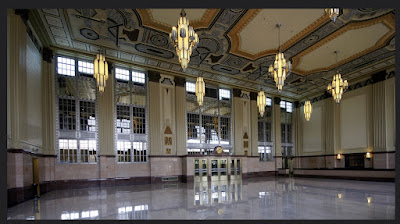 The lobby was magnificent, a real showplace. Of course back then there were wooden benches for the passengers to sit on. This is the lobby I walked in at nine years old for my first train ride. My grandparents lived about 75 miles north in the small town of Sherman, and we were to ride the train there to celebrate Christmas. Actually the train took us ten miles north since it didn’t stop in Sherman. 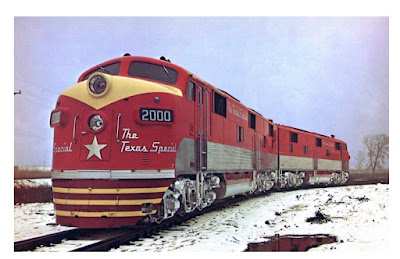 This wasn’t just any old train we were getting on…This was the shiny Texas Special. Compared to the other old passenger trains on the line it was certainly the star of the show. 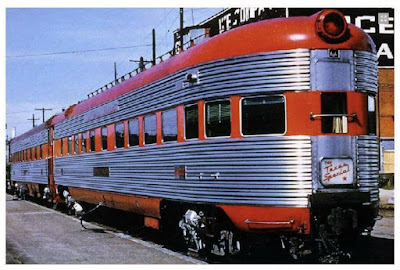 I can’t even describe my excitement getting to ride on this very special train! 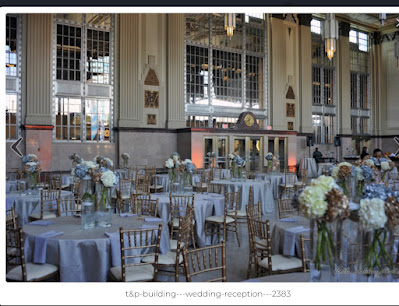 The station was no longer used in the late 1960's. Passenger trains used the other station east of downtown, and the TP sat empty for many years.
In 1999 the building was refurbished and made into trendy high end lofts and the lobby became an event center. Set up here for a wedding reception. I am so happy they were able to repurpose this beautiful old piece of history. Oh and you can still catch a train out back. Tickets are sold from machines and you can ride the TRE to Dallas and TexRail to the DFW Airport.
Parts of my research were borrowed from a blog by Mike Nichols
Posted by Janey and Co. at 6:26 AM