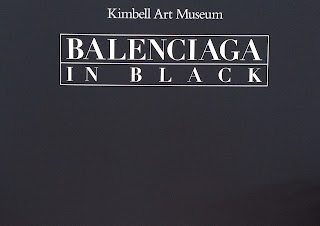 Yesterday my special interest art group visited the new exhibit at The Kimbell Museum here in Fort Worth.
On loan from the Musee Bourdelle of Paris, is a beautiful collection of the designs of the late Balenciaga. 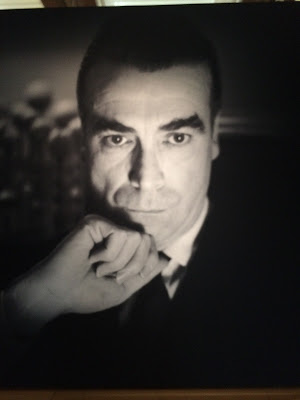 Cristobal Balenciaga, who was born in a fishing villa in the Basque area of Spain in 1895, became a top designer in Paris from the late 1930's until the sixties. 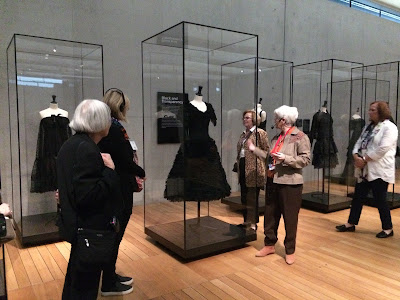 The exhibit titled Balenciaga in Black is a collection of his designs as the title says...all in black. Gowns, capes suits and hats. Museums around the world have discovered that their most attended exhibits seem to be exhibits regarding fashion. 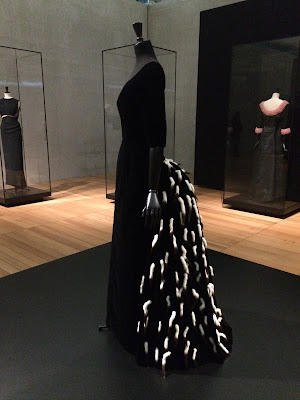 This design, which was not part of the show in Paris, is one of the many designs that belonged to a wealthy TEXAS woman. Claudia Heard de Osborne an oil heiress. Claudia is said to have only worn his designs,and almost went into mourning with the closing of his couture house in Paris in the late 1960's Her large Balenciaga wardrobe was donated at the urging of Stanley Marcus, a name associated with high fashion, to the Texas Fashion Collection located on the campus of North Texas University.

The little white things on the bustle are actually little tails of Ermines. She also had the dress made in red with pearls on the back, a favorite of hers at Christmas time.