Since we arrived in the mountains, where we will spend the summer we try to walk every morning. 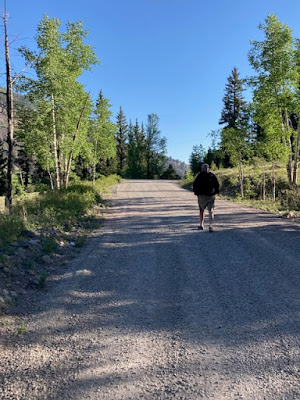 This morning we drove three miles south to Lake San Cristobal. There is a road that circles the lake, which is paved on one side and dirt on the other. No, we don’t walk  all the way around the lake. That would be over seven miles. We like to walk on the dirt side where there is less traffic.. Usually we wait until it warms up a bit, but this morning we headed out early and it was a crisp 43 degrees. 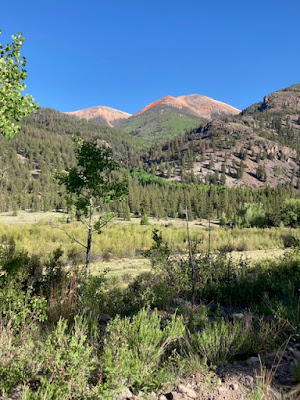 You don’t have to walk far for the pretty views. That’s red mountain off to the west. 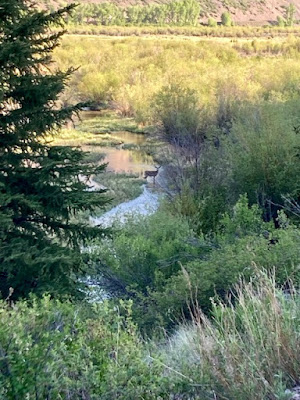 The Lake Fork of the Gunnison River meanders through a marshy are that is full of wildlife. .before emptying into the lake. 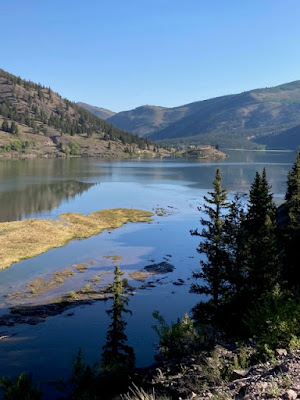 Lake San CristobaI is Colorado’s second largest natural lake formed over 800 years ago by a slide that blocked the river. It’s a deep lake, almost 90feet in the center and is also very cold. You will see boating and fishing taking place  but very little swimming.
Posted by Janey and Co. at 10:42 AM