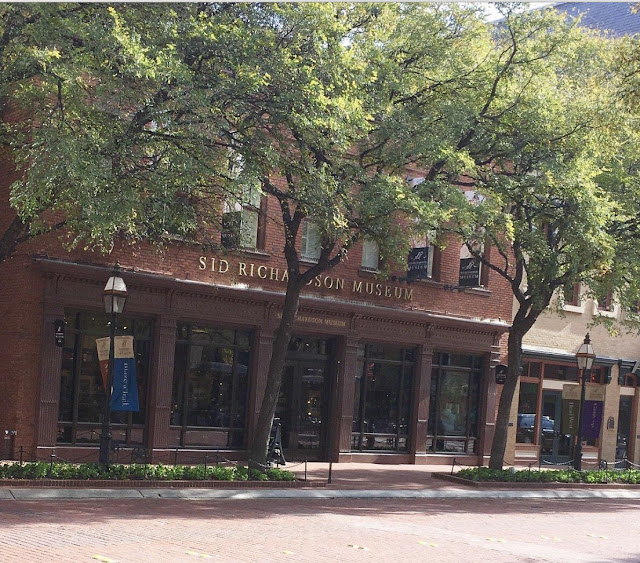 In the heart of downtown Fort Worth, Texas on a brick street shaded by tall tees is the Sid Richardson Museum.

Sid Richardson was a wealthy oilman back in the 1930’s who amassed a large collection of western art. Names such as Frederic Remington and Charles Russell adorn the walls along with other western artists of that time.

You may have heard that Richardson was single and left his estate to his only nephew. His nephew in turn left the fortune which had grown considerably to his four sons who are now some of Ft. Worth's wealthiest residents. All four worth over a billion dollars. 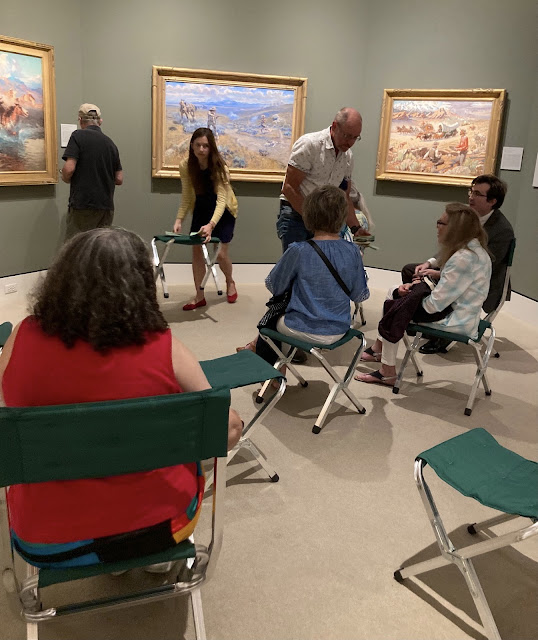 Back to the museum. The museum is free and worth a visit when you come to town. This summer they have a monthly event titled "Tea and Talk" where there is a group conversation regarding one piece of art facilitated by a docent. Participants are then invited to stay for a cup of tea, snacks and fellowship. 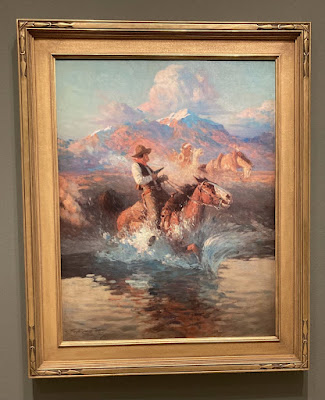 Today's discussion was regarding a painting by FT Johnson that was painted sometime before  the 1920’s titled Trouble for the Pony Express. For those not familiar with what the Pony Express was: 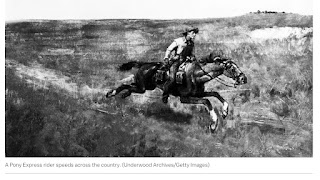 It was a great innovation in mail delivery in 1860. A rider with mail in saddle bags would race west out of Missouri which is in the Midwest headed to California. He would ride as fast as he could go for 75 to 100 miles before handing off the mail  relay form to another horse and rider who did the same. Reaching California in record time!

Johnson's  painting depicts one of the many hazards along the route. Indian attacks.

We are looking forward to next month's event