Our youngest daughter and her husband moved, this summer, from Chicago, IL. to Austin, TX. We are so delighted to have them closer, especially since they are the parents of my only granddaughter, Hannah. 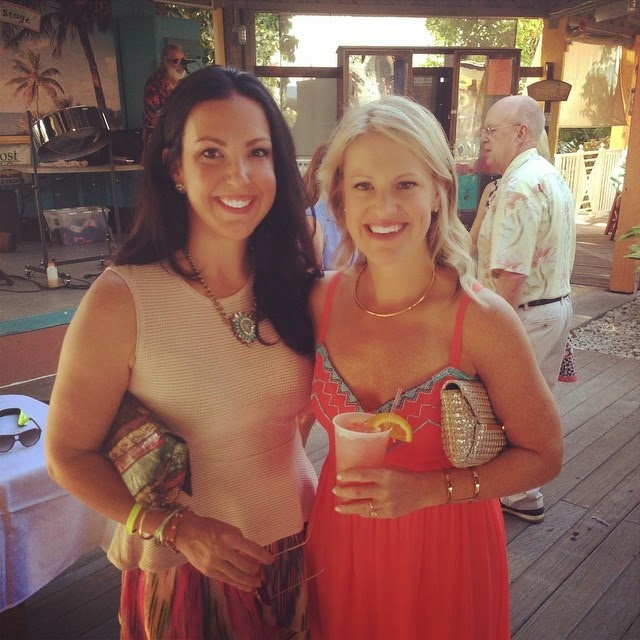 Early on Friday that daughter (with dark hair) flew to Key West, Florida for the wedding of a sorority sister from college. Both are grads of the University of Wisconsin 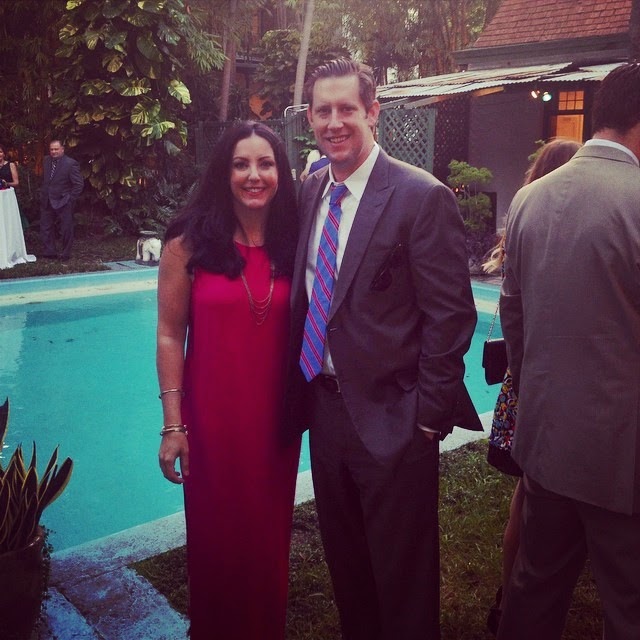 She and her husband, enjoyed a fun filled weekend of wedding activities. The wedding was on the grounds of the Ernest Hemingway House in Key West. She said the  famous (yet controversial) Hemingway six toed cats were roaming around freely during the ceremony. They were jumping on people laps and to the delight of all...making their presence known. 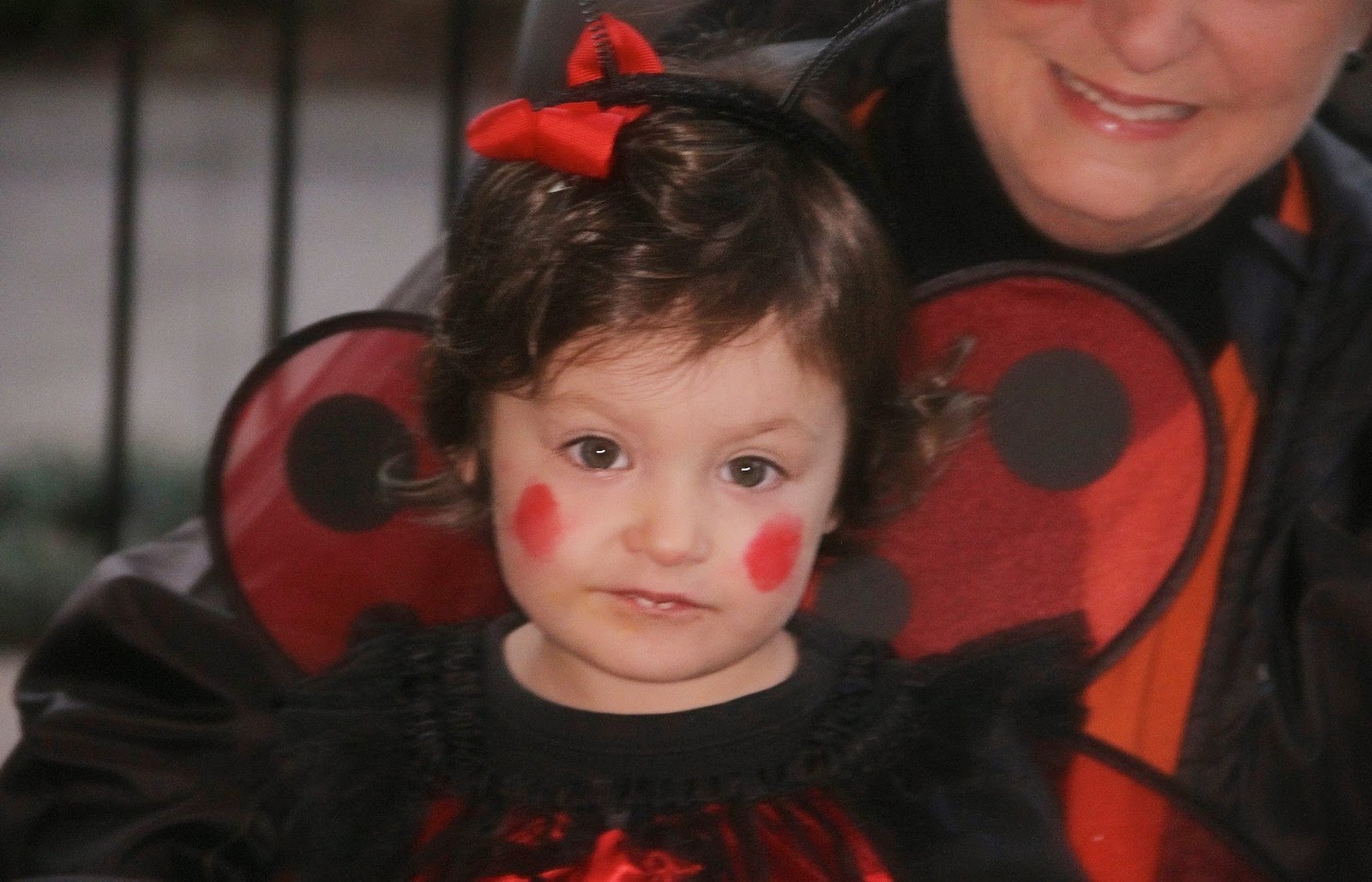 They dropped little Hannah off here for a three day weekend. 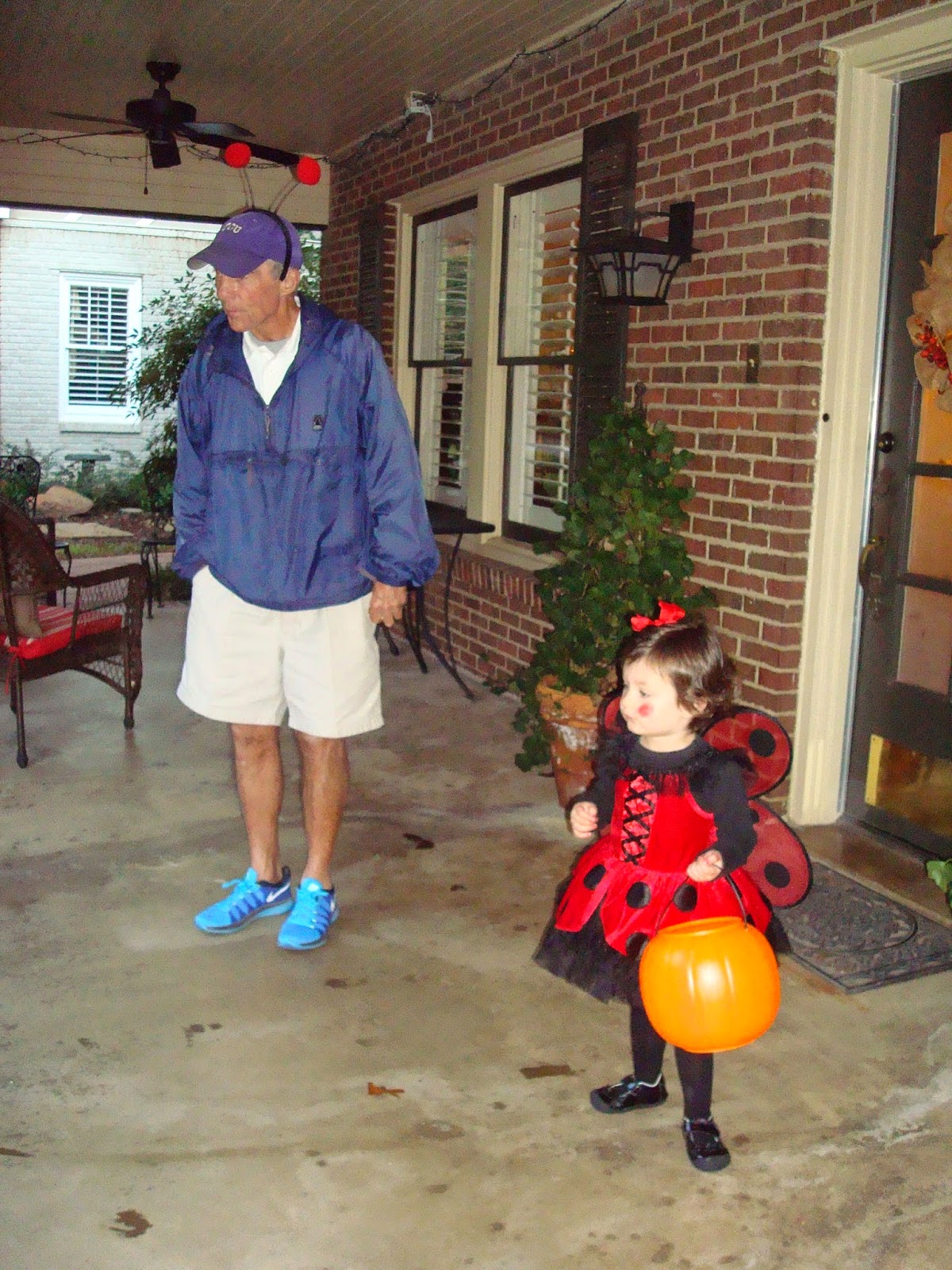 She (the Ladybug), and Gramps helped hand out candy to the trick-or-treaters at my sister's house 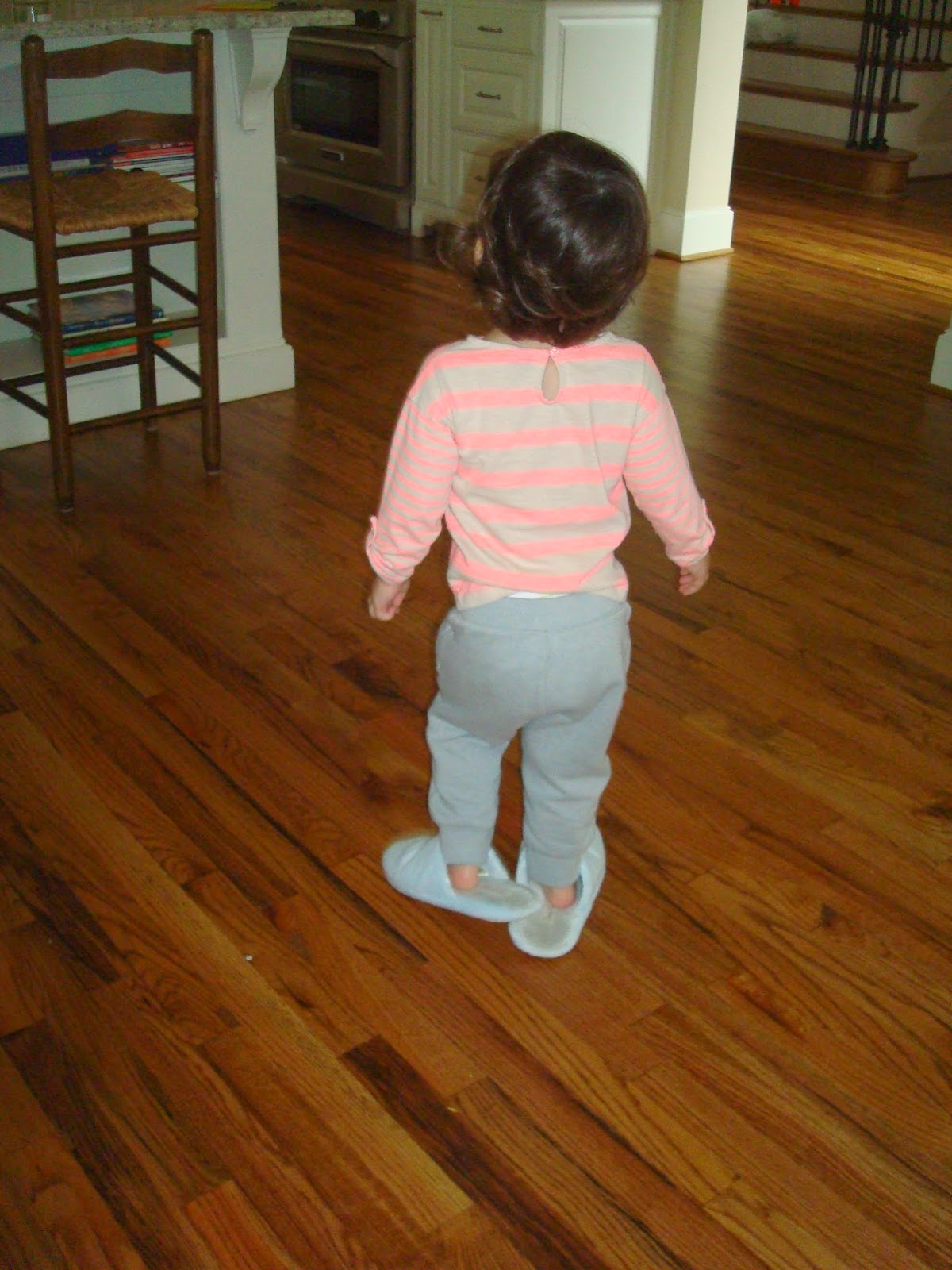 After trading in her lady bug costume, she spent the rest of the weekend being a typical two year old. Seen here in my fuzzy blue slippers.

I hope that you too had a nice weekend.