In this photo, we are headed on Interstate 20, which will take us all the way from North Texas to the state of Georgia, which is on the East Coast of the U. S. Were concerned about traveling the weekend after a holiday (Thanksgiving) since everyone would be heading back to their home. 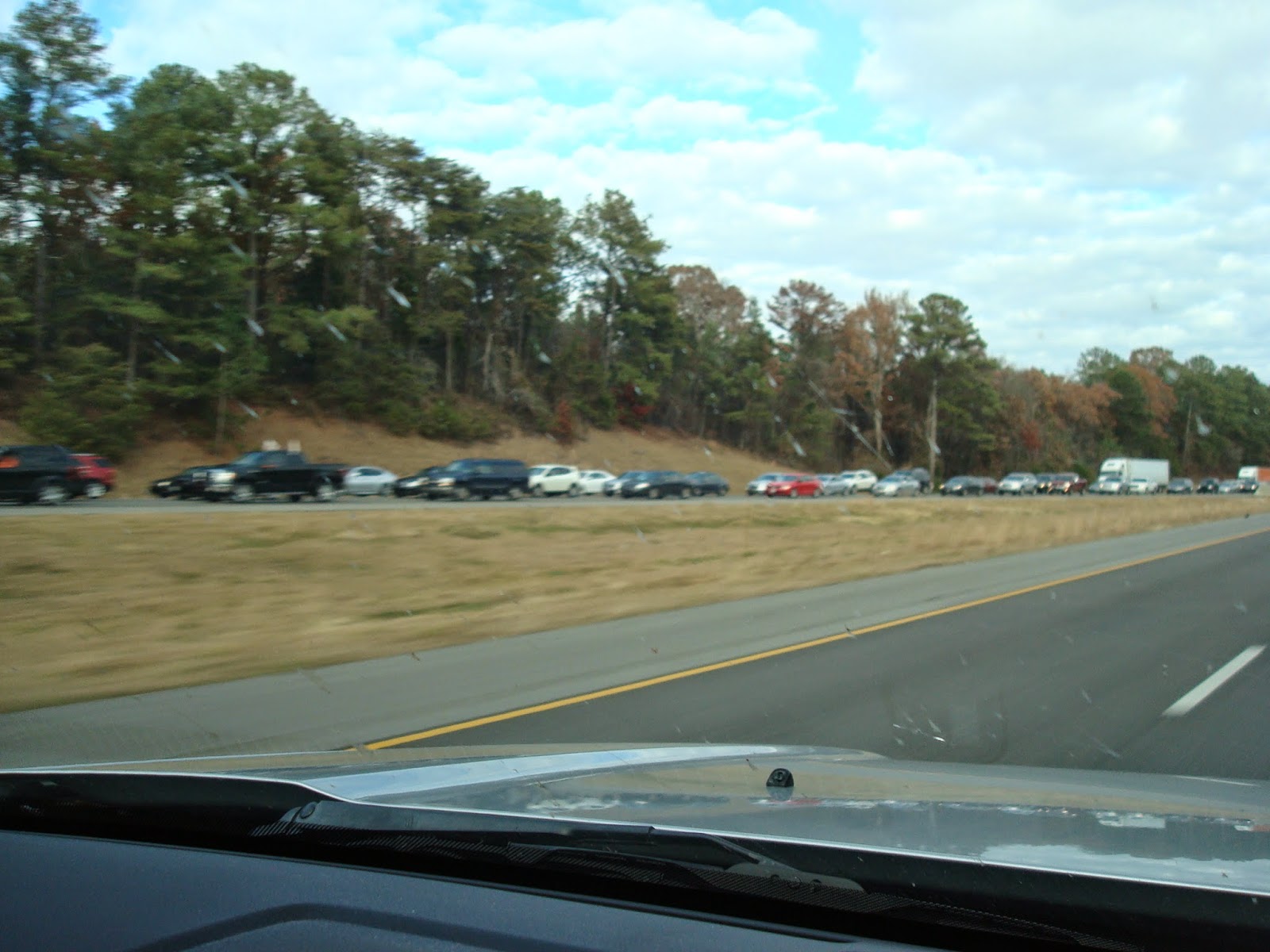 We were pleasantly surprised that we had very little traffic in the direction we were going, but notice the other side! That traffic was headed west out of Birmingham, Alabama. We estimated that it was stop and go for about eight miles. No, there wasn't an accident slowing down the traffic. These are football fans going from Auburn University, to the University of Alabama, in Tuscaloosa, for a game. The sad part is... after putting up with this terrible traffic jam...Auburn lost :(


Our final destination is actually Charlotte, North Carolina where we will meet our new granddaughter Abigail!
Posted by Janey and Co. at 7:32 AM