I attached my parking tag to my car yesterday, hung my student I.D. around my neck, and went to my first lecture at TCU (Texas Christian University). Although my classes don't start until March; I attended one of the lectures I had signed up for. ...which was on the Sistine Chapel. 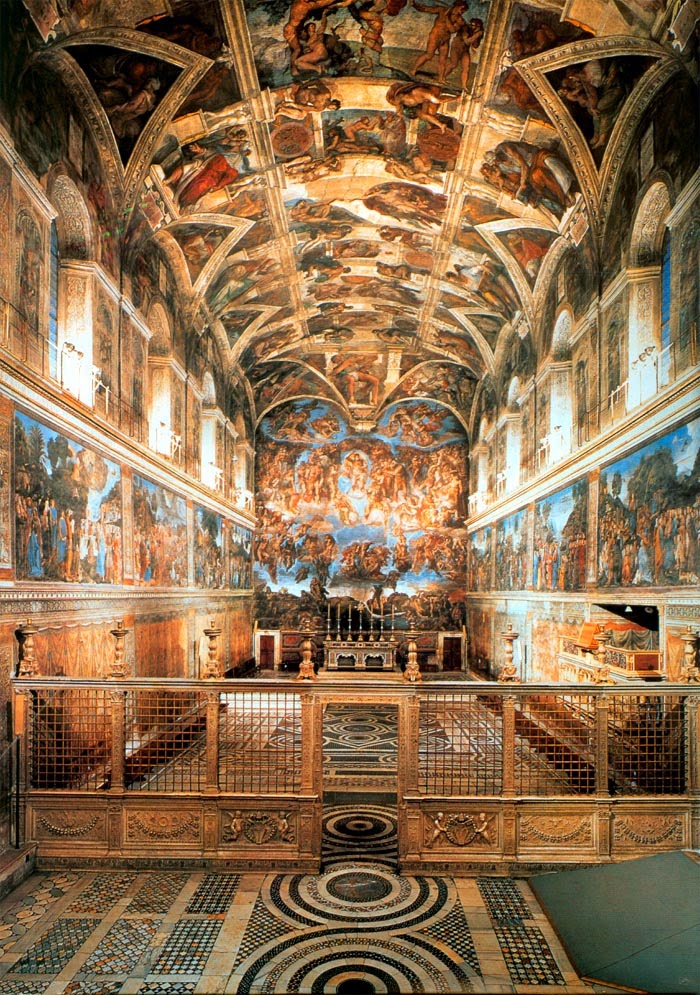 I was lucky enough to go there in person in 2004. I sure wish I had attended this lecture before my trip.. I learned a lot. First off, I had always heard that Michael Angelo was lying on his back on scaffolding to paint that ceiling and that is not true. He was very close to the ceiling on scaffolding and did damage to his back (and eyes), because of the unnatural position he was in for those four years.  I also learned that he really didn't want to paint this ceiling...as he considered himself first and foremost a sculptor..He also painted the alter but  at a later date.

Have you visited the Sistine Chapel? Your views? I thought in person it seemed smaller than I had imagined..maybe because it was so crowded...I could hardly move.
Posted by Janey and Co. at 4:31 PM