On Friday of this week, we drove my daughter and two little granddaughters to Denver to catch their flight back to North Carolina. Gosh we are going to miss them. 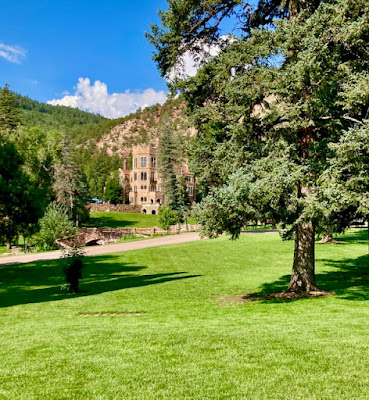 Instead of the usual way back to the mountains, Tom and I drove down to Colorado Springs.

There was a very special place that I have always wanted to spend the night. 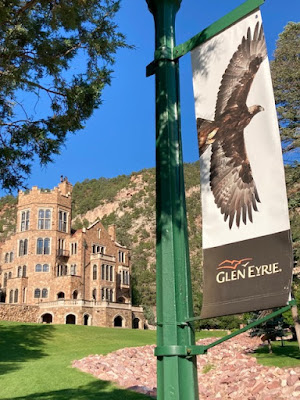 Glen Eyrie Castle was the home of General Wm Palmer and his family. He was a decorated General of the American Civil war and an executive of the railroad, founder of Colorado Springs and a philanthropist. 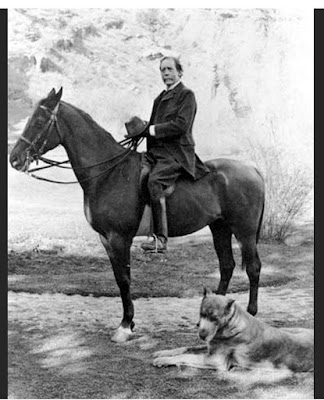 He bought a huge amount of land and built a castle for his new bride which he called Queen. 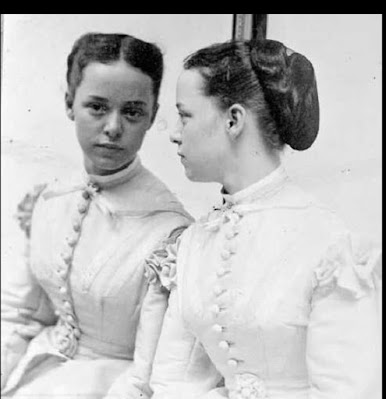 Queen and Palmer  had three beautiful daughters and were generous with the community that he had founded. I love history but won’t bore you with all of the details, except to say Queen had heart trouble and couldn’t cope with the high altitude in Colorado Springs . She died young and Palmer remained in the castle with his three daughters even though he became paralyzed in a riding accident. 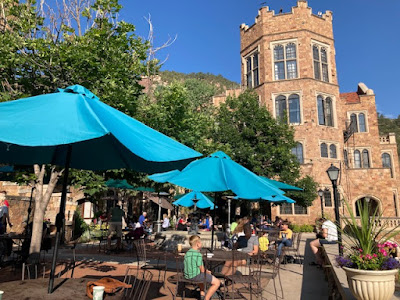 The castle now hosts conventions as well as overnight guests.We had breakfast on this pretty terrace. 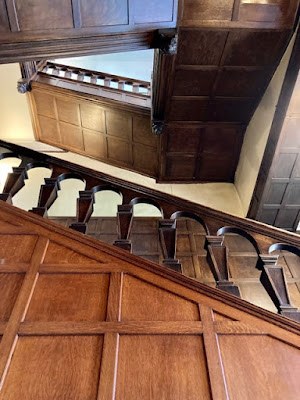 I of course was busy snooping  around inside. 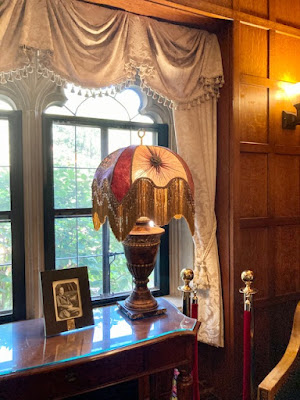 The place was simply beautiful.. 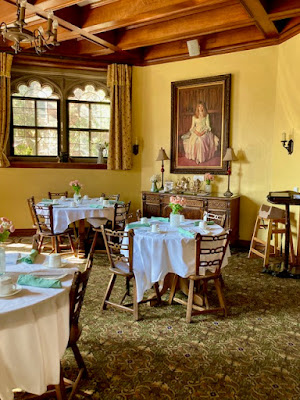 There are tours of the castle. I liked  this lovely painting is of their first daughter Elsie, 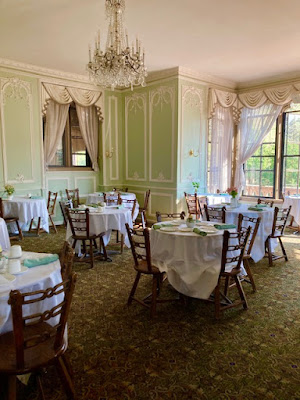 and you can also book a high tea in the afternoon. 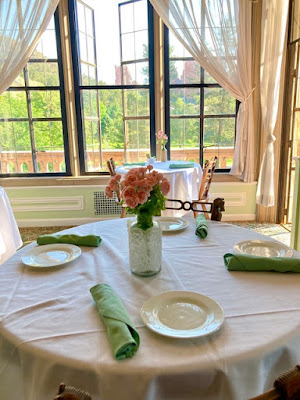 I would like this table please. No
we didn’t stay for tea…we headed to head back home after breakfast. 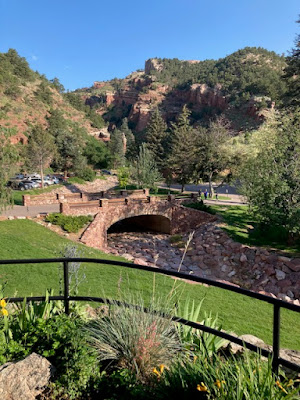 Although we had time to walk around the property especially since it was such a pretty day. 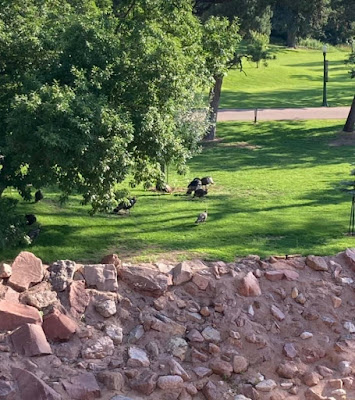 Those are wild turkeys across the way. 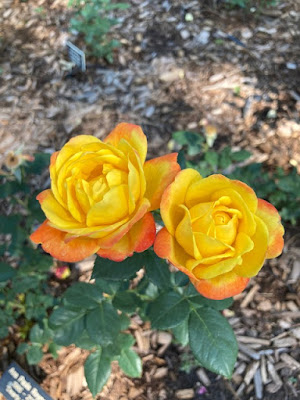 There was also a rose garden. 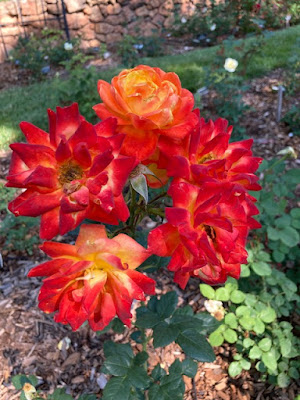 I especially liked these. 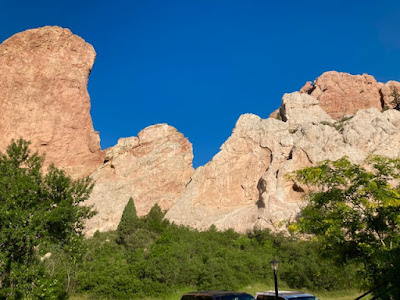 I forgot to mention that the property adjoins a park called Garden of the Gods. A huge selection of red rock formations. This was the view from our room. 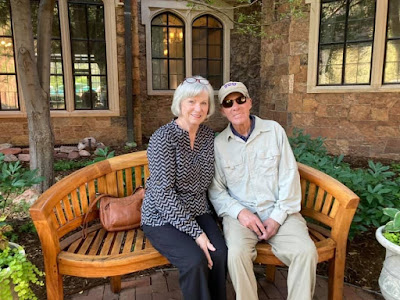 Well, I can now cross this off of my bucket list. We had a wonderful stay and then headed back to the hills.