Going in a Circle

Yesterday morning, we decided that we had grown weary of packing so we headed out for a long drive. 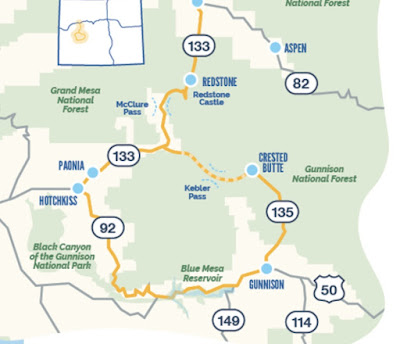 .
Starting at the bottom of the map, we headed north
on  Hwy 149, turning west on hwy 50 at the Blue Mesa Reservoir, 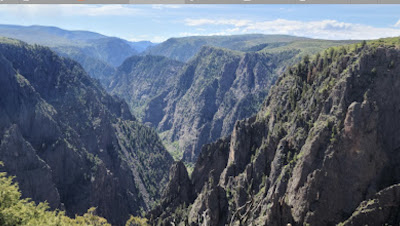 before heading north again on 92 along the north rim of the Black Canyon (a National Park). 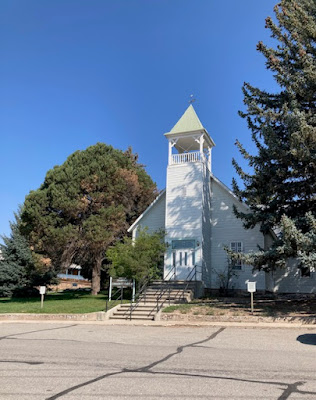 We stopped in the tiny town of Crawford for a cup of coffee (which  isn’t on the map ).
It is located just  south of Hotchkiss and only has about 400 residents. 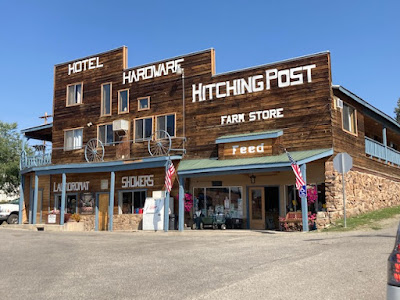 It appears to me that they have consolidated their whole downtown! 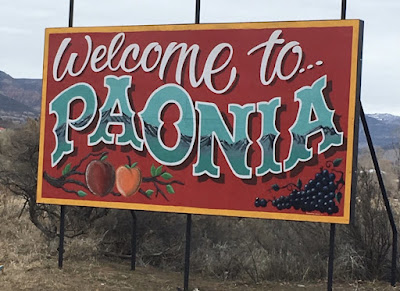 We took a shortcut from Crawford up to Paonia a town full of apple and peach orchards, and even a few vineyards. 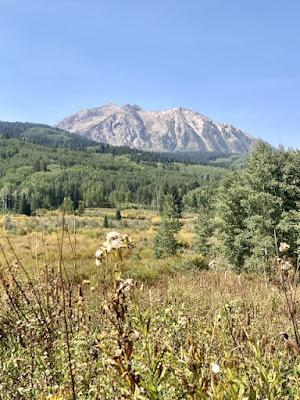 We had originally planned to head to Redstone,  but  decided to turn east on Kebler Pass and head back…actually going in a circle. Kebler Pass is a dirt road but one worth taking. The views are spectacular, 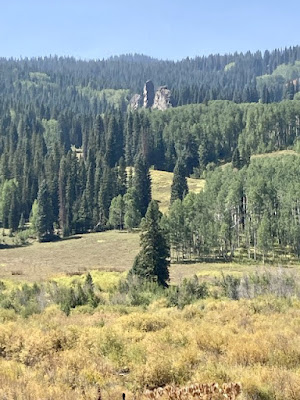 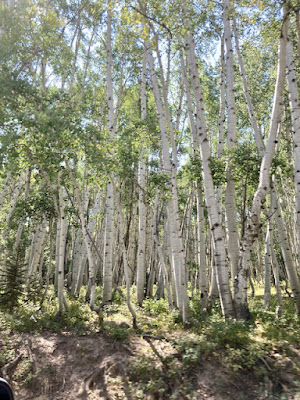 with a lot of Aspen trees which are a favorite of mine. 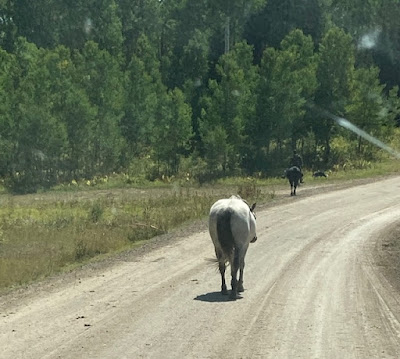 Oops..what is this? Excuse me, we need to get by! Around here you just patiently wait until livestock decides to move over. Kind of an unwritten law that they always have the right of way. 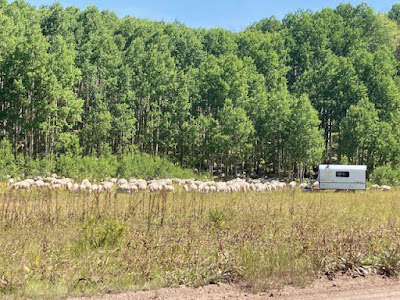 That horse actually belonged to a Sheperd  ..Yes they also graze sheep along Kebler Pass. 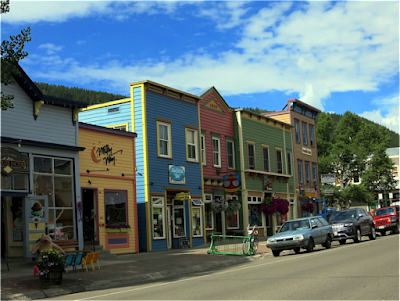 Kebler Pass ends at the cute ski town of Crested Butte. From there  hwy 135 will take you south to Gunnison (where we go weekly in the summer for groceries).
If you have followed the map we have circled around and will take Hwy 149 south back to Lake City….where we really do need to get back to packing!
Posted by Janey and Co. at 8:52 AM