In Search of Ned

Sunday was officially Mother's Day in the U.S. and since all of our children live out of town,Tom and I spent the day together. It was a beautiful morning with promises of being very hot, so we went for an early morning drive. There was a place I had recently read about in a school newsletter…and was itching to go. 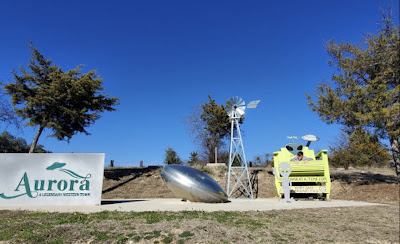 We went out to the tiny town of Aurora, Texas about a 30 min. drive northwest of Ft. Worth.

There isn’t much left of Aurora since the railroad bypassed it in the late nineteenth century. I of course had visions of a historic old town square. 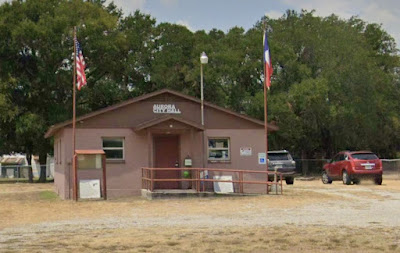 but this is the only town square that we found. 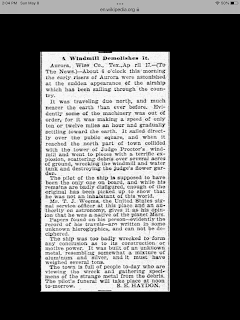 Although a story written in The Dallas Morning News back in 1897 and frequently revisited by journalist and newscasters short on stories, keeps the little berg alive. 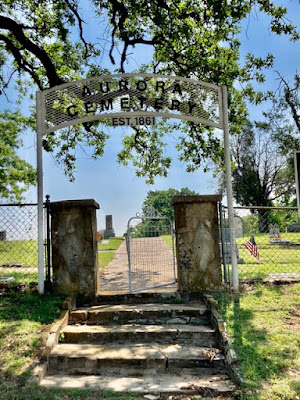 Word has it that in this little cemetery are the remains of that alien that crashed his spaceship into Judge Proctor's windmill early one morning in April, 1897. Not much was left of the pilot onboard, but enough for him to be declared not of this earth. 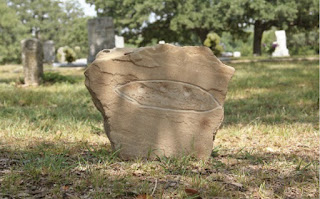 So in the cemetery, which is about all that is left of the town is supposed to be this tombstone. Problem is it was stolen. 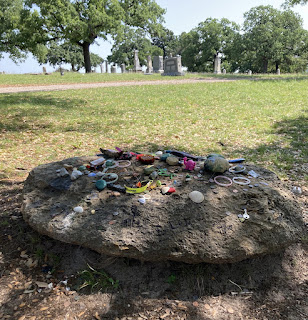 In its place is this rather bad replica, although it seems to be in a different location, and for some strange reason visitors leave little momentous. 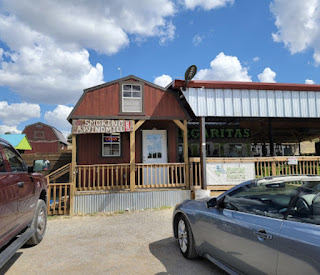 The only shout out I can give Aurora is the little barbecue place  appropriately called The Smoking Windmill. 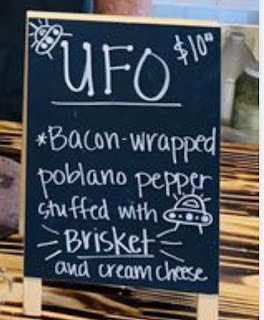 Their specialty and most popular dish. 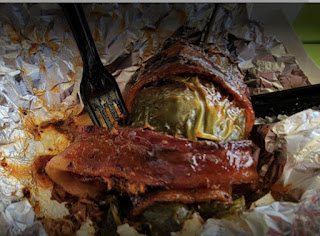 I hear it is tasty, 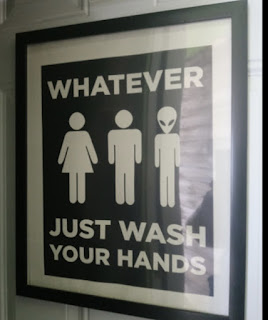 and their restroom there is not only unisex but intergalactic! So if you find yourself in North Texas, and nothing else to do…you may want to trek over to Aura and say hello to Ned. Forgot to tell you. His name was Ned (the alien).