This weekend in North Texas it was all about football 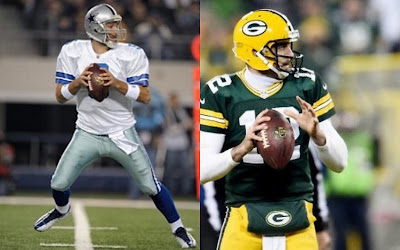 You see, we are in the playoff season and our own Dallas Cowboys were up against the Green Bay Packers (Wisconsin). 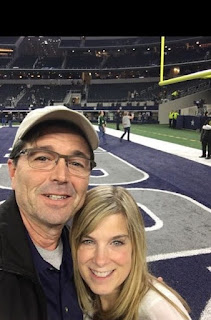 Daughter number 3 (we have 5),Kristen and her husband Ken were lucky enough to have tickets to the game, and  on field passes after the game. 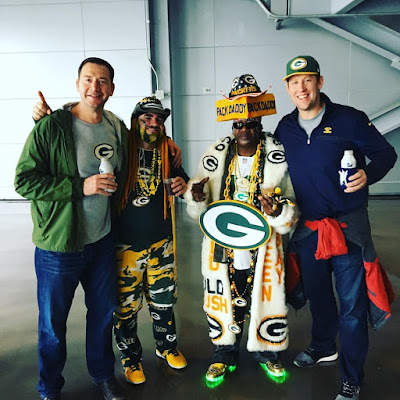 We also had another family member present, son in law Joe (far right),shown here with his brother Chip. He was obviously for the opposing team, Green Bay. Kind of natural since he hails from Wisconsin. I am not sure who the two guys in the middle are. Just a good example of the extent of craziness some fans go to! 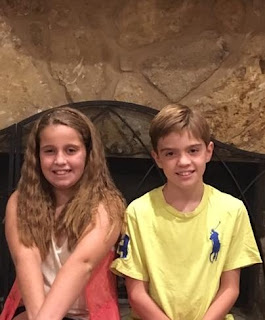 Meanwhile, back at the ranch, we are watching the game on T.V with these sweet grandchildren. Ten year old Taylor and eleven year old Brooks. 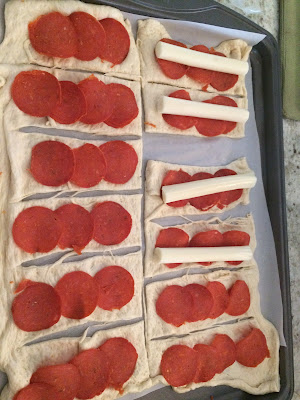 So, I decided to do a kid friendly lunch that would also be a craft.
(I have tried three times to make this photo go horizontal....with no luck)?
Anyway, you take Pillsbury Pizza Dough, which comes in a refrigerator roll. Spread it out and cut into sections. Apply pepperoni slices and a cheese stick 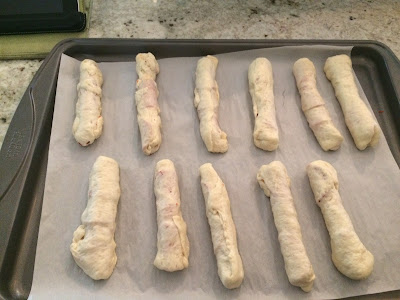 Roll the dough around like above, and bake @425 for 10-12 mins
Note to self. Cut the dough in only eight pieces next time, so it is easier to wrap around. 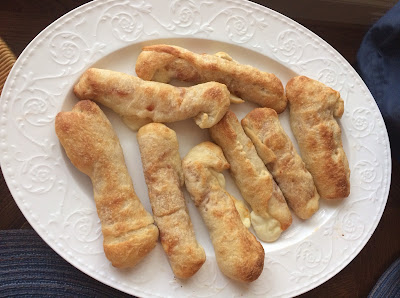 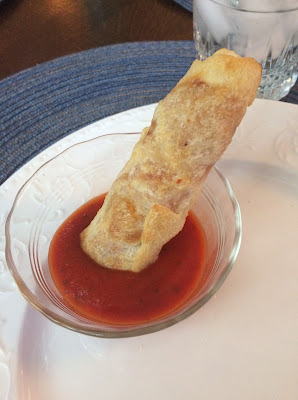 Be sure to give everyone their own bowl of Marinara or Pizza Sauce for dipping..
Yes they were a hit.