My husband and I have started a new tradition since we have moved to town. 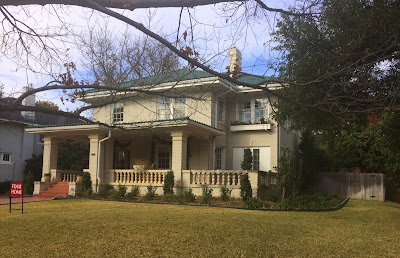 We sign up every year to be docents for a holiday home tour in a stately old neighborhood.. It makes for a festive start to the Christmas Season. 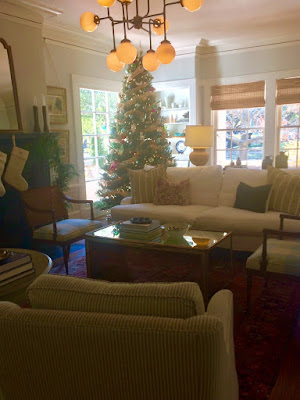 It is always nice to see what folks have done to these magnificent old homes. 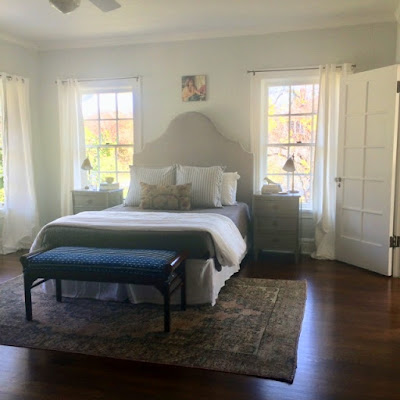 Most have large rooms had lots of windows....since they were built before air conditioning (1919) and were dependent on the airflow from outside. Sorry about the quality of the pictures...as usual I was not supposed to be taking them. Shhh! 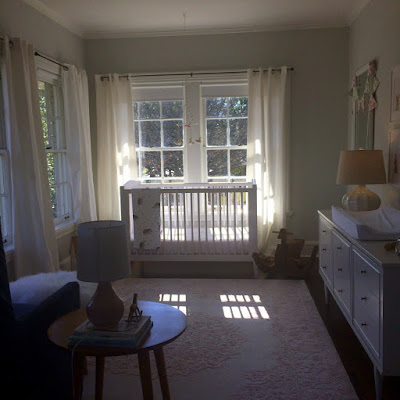 Just off the above master bedroom was an area that was probably intended to be an office, but the new owners made it into a nursery for an expected arrival. 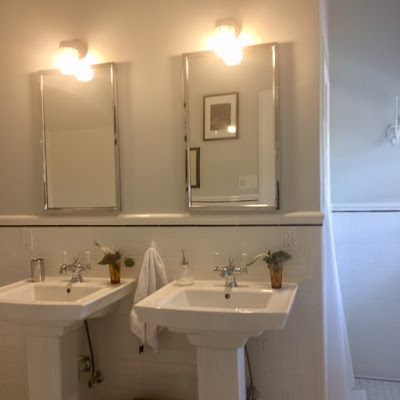 I liked the way some had only freshened up the rooms, but left the vintage character 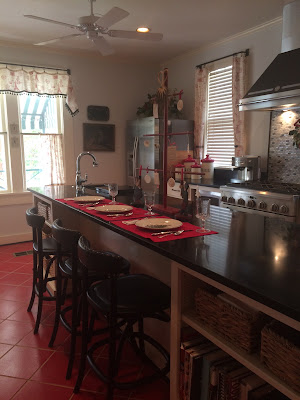 Kitchens were smaller back then, and this homeowner added a clever addition to theirs. 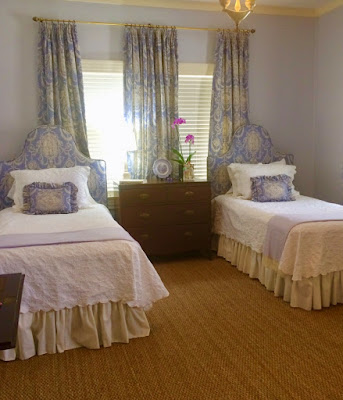 and last but not least...I loved this sweet guestroom.
Do you enjoy attending home tours?