I was given a box of old pictures recently and this picture was among them. 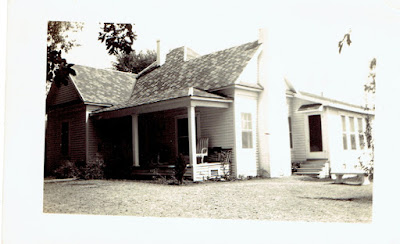 I am not sure when it was taken, but it is of my Great Grandparents home in Sherman, Texas 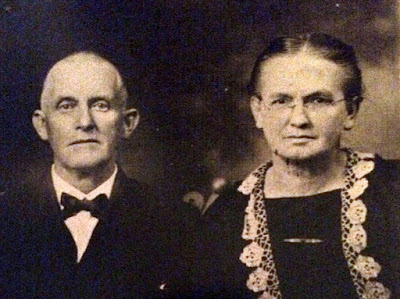 Sam and Julia came to north Texas in the 1880's. A job prospect led them on to Indian Territory (now Oklahoma), where Sam worked in the coal mines at LeHigh. By 1890 they had settled in Sherman, Texas and built the above house with money received from her Father's will who had recently died in Mississippi. 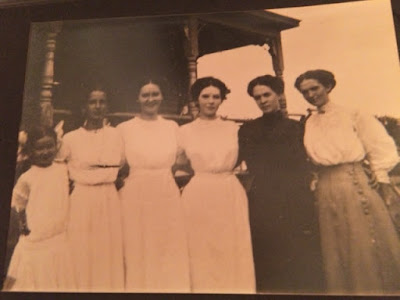 So many of our old family photos were taken in front of the house. This one of their six daughter's (there were also two sons), was taken before the porch banisters were changed.
That is my grandmother with the big bow. 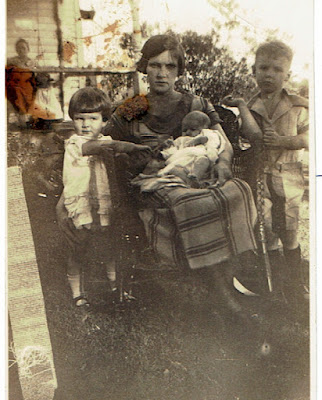 This one (in pretty bad shape) is my grandmother in the front yard with her first three children. My mother on the left...and yes that is my Great Grandmother swinging on the porch. 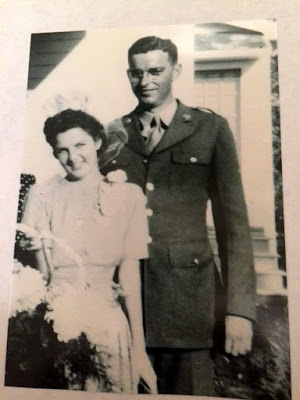 Fast forward to 1942. My parents were married in the house. 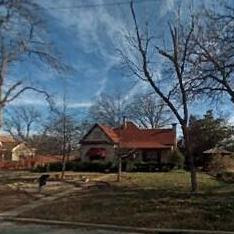 A (fuzzy) picture of the home today.....still standing. It remained in our family for over 100years through three generations, but now it seems it has become a Beauty Salon. I wonder if folks getting their hair done there know of all of the wonderful family history attached to that home?