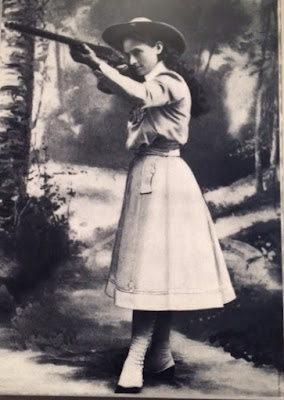 would be the famous Annie Oakley. Annie was born Phoebe Moses to a poor family in rural Ohio and learned to shoot at an early age hunting with her father.

She was such a good shot, that she hunted  game and sold it to the local grocery to help support her family after both her father and step-father died. 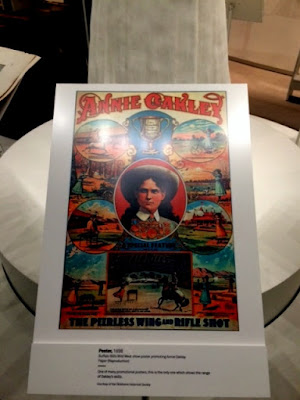 She was discovered by Frank Butler, when he came to the area in a sharp shooter competition. By the way she beat him. They later married and joined Buffalo Bill's Wild West Show. 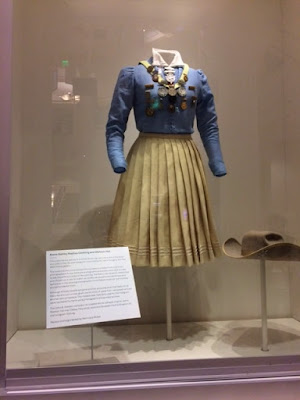 This is a replica of the outfit she usually wore in the show, adorned with all of the metals she won. Those are not the actual medals since she donated them during WWI to be melted down to make bullets. 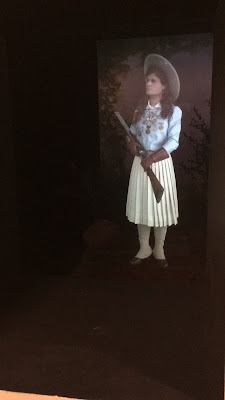 There is a life sized Hologram of her in the museum that tells you about her life. I have never seen one like this. It is like you are standing there talking to her.

Two movies were made about Annie. One in 1935 starring Barbara Stanwyck and another, a musical in 1950
Annie Oakley 1860-1926
featured at The National Cowgirl Museum Fort Worth, Texas
Posted by Janey and Co. at 5:00 AM