Well, my children and grandchildren have departed. We sure enjoyed them being here...and the house is a little too quiet this morning, but it does give me time to post a few more pictures. 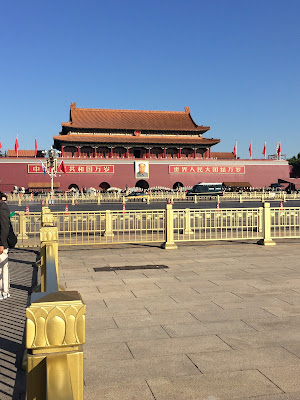 I really felt like I was in Beijing when we arrived at Tiananmen Square. The barricades were still up from an early morning military event...and the square was still pretty empty. 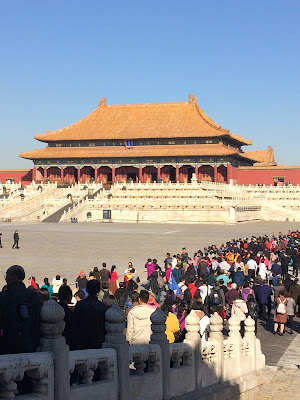 I didn't realize that the Forbidden City was right next door to the square. Our guide told us about the last Emperor PuYi. He became emperor at a mere three years old...and had a most unusual life....Forced to abdicate the throne at a young age, imprisoned for a time in Siberia, and eventually  becoming (as a prisoner) a gardener. You can read more about him HERE 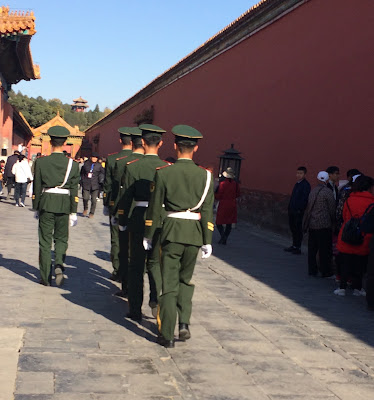 You certainly felt a military presence in the whole area 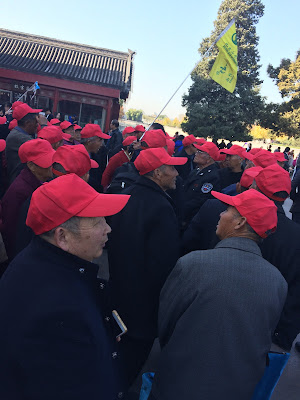 We did find the crowds in the Forbidden City. Here and there groups wore coordinated clothing to help stay together. We did momentarily lose a lady...but her panicked husband was able to find her. 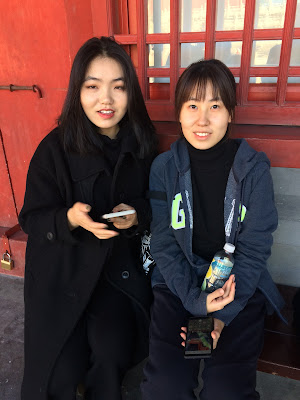 I wasn't shy about asking if I could photographic people, 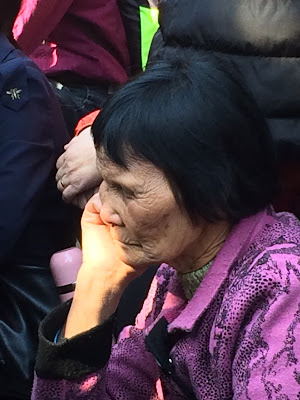 but on occasion I did sneak a shot. 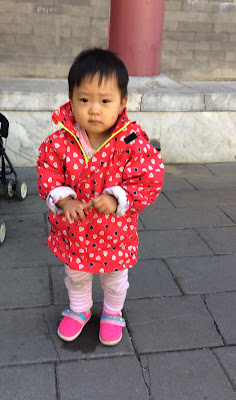 I did always ask permission before photographing a child.
Next up the Summer Palace
Posted by Janey and Co. at 7:47 AM