On the previous blog, I showed you an unusual brick fence. If you look closely you can see parts of it on the far side of the house. Yesterday I walked back down to photograph the main house. Yes, there is snow! We had 4 to 6 inches in the area. A heavy snowfall for north Texas. 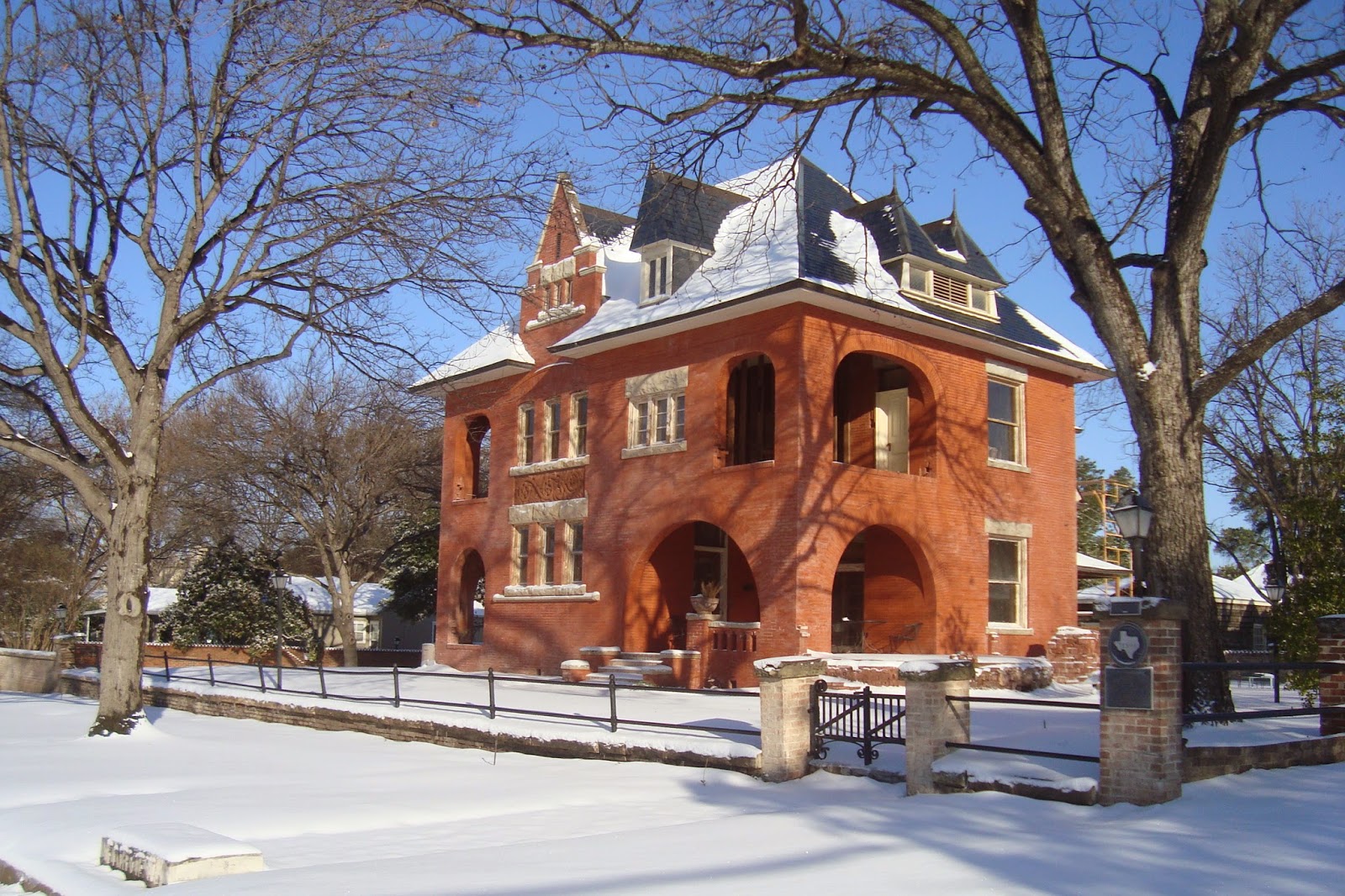 A Scotsman who arrived in the U.S. in 1883 built this home, described as a chateausque style mansion west of Ft. Worth. He had built a successful brick contracting company, and later served as mayor from 1927-33.
The home was added as a Texas Historic Landmark in 1983
It is being renovated, and the new owners have painstakingly replaced bricks and are saving as much of the old interior as possible, including the old staircase. The owner has promised me a tour.
Posted by Janey and Co. at 5:46 AM