On Saturday my girlfriend Betty and I visited The Kimbell art museums newest exhibit. 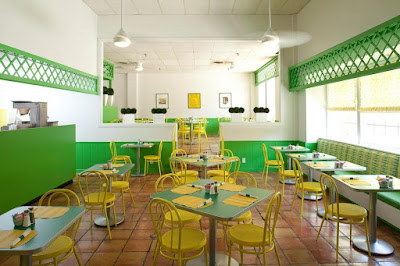 Although, we needed  a quick lunch first. Ft. Worth has so many Mom and Pop eating places...and this one is an old timer. I am showing it to you because the decor looks like the early 1970's...which it is. It's the type of place you need to know about, since it is tucked in behind a strip shopping center( and you would never find it). You will not, by the way, find it this empty at lunch. They have great chicken salad....I can vouch that it is not made from canned chicken, because I found a bone in mine! I always order the same thing. A scoop and a soup. They will serve the chicken salad on a lettuce leaf with a a small cup of soup on the side... which is plenty for me. Oh by the way, the name of the place is The Lunch Box.

Okay now that we have had lunch...let's go to the museum! 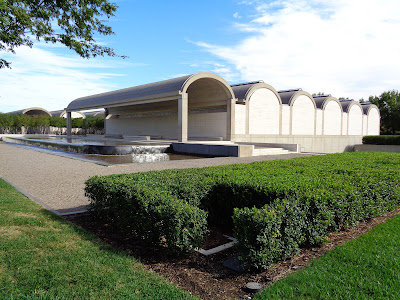 Of all the museums near me in The Culture District....this is my favorite. The Kimbell.
The amazing building...a work of art itself was designed by one of this country's foremost Architects 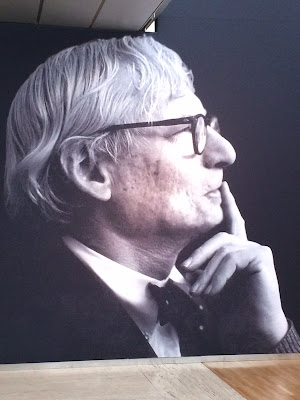 Kahn who had a different name at birth, was born in Estonia and moved with his family to Philadelphia when he was only five years old. He was educated at The University of Pennsylvania, but since his family was poor he had odd jobs from a very early age. While in college he played piano at the movie theater for silent films.
His buildings are very distinctive, and all are designed for extensive use of concrete. In my opinion I think the Kimbell, that he completed right before his death, was his greatest masterpiece.
He did design many other impressive structures, like The British Art Museum at Yale University and the Salk Institute in California. 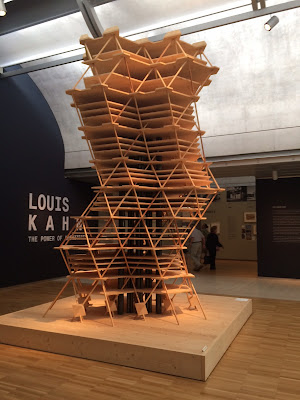 The exhibit (about Kahn), showed many of his scale models including this one that proved to be ahead of it's time. This was to be a building in downtown Philadelphia which failed to get approval in the early 1940's!
Khan like so many gifted artists was not the best family man, having three children by three different women...and no divorce.

If you would like to read more about this extraordinary architect go : HERE

The Louis Kahn exhibit,which started this week, will run until June 25th