I found this mural on the front of an antique mall on the west side of Fort Worth, Texas. 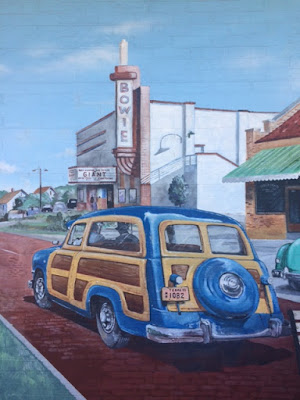 It depicts the old Bowie movie theater on Camp Bowie Blvd that was built in 1940.The car, a Woody, was built by Ford and Mercury from 1949-51, having real wood side panels. The movie Giant being advertised was filmed here in Texas in 1956. 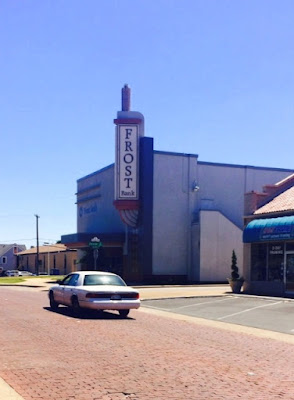 My attempt at the same scene today
The Bowie theater has closed but the building was re-purposed in the 1980's and became a bank. The brick streets, which are a maintenance nightmare, have also been saved.

Linking today to Monday Murals : HERE
Posted by Janey and Co. at 5:07 AM