Our guide in Beijing took us to what she described as a Hutong neighborhood. I thought that was an area of town...but Hutong actually means narrow streets. This neighborhood was just one of the many Hutong neighborhoods in Beijing built hundreds of years ago. They are small compounds usually in units of four around a center courtyard. They were built during the Ming and Qing Dynasties (1368-1912). 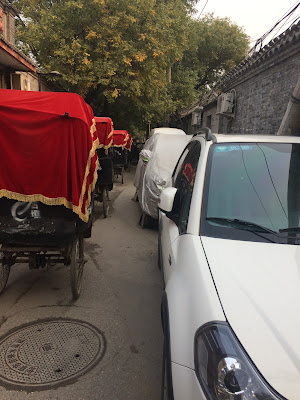 Included in our tour was a rickshaw ride through this quaint old neighborhood. 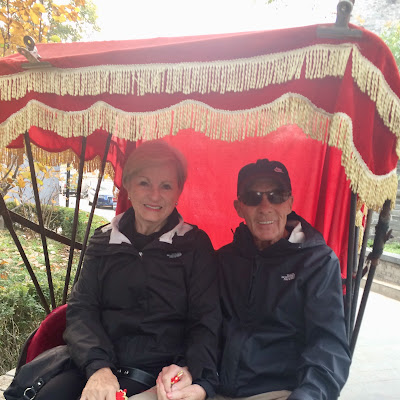 Typical tourists...we enjoyed this a lot! 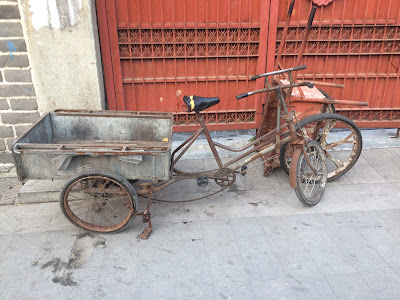 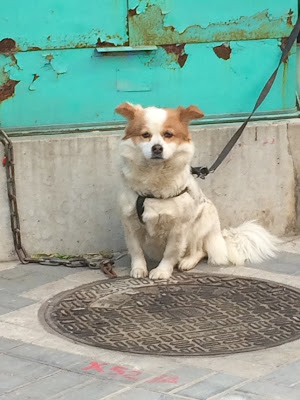 This little canine wasn't sure about us!..or maybe he just didn't speak English 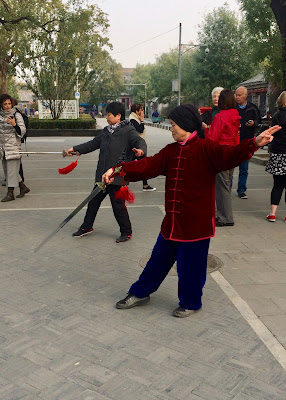 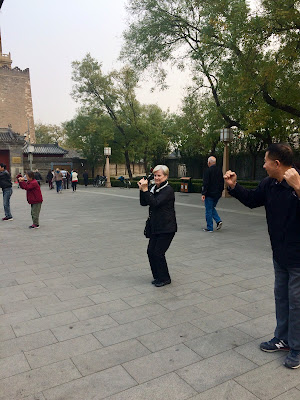 So I jumped right in......and discovered that they were a very friendly group.
I said we were going to the Summer Palace and we did. It was our last stop in Beijing before going back to the ship. 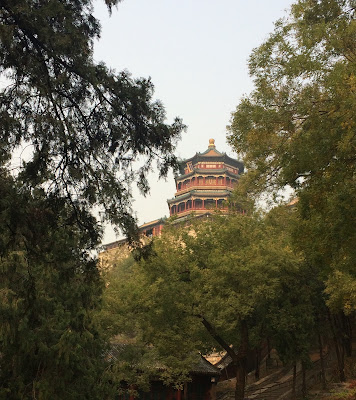 I guess the Forbidden City was entirely too warm in the summer so the reigning dynasty traveled to what was the Summer Palace on the edge of a picturesque lake. We only saw the palace from the grounds, but it looks rather magnificent 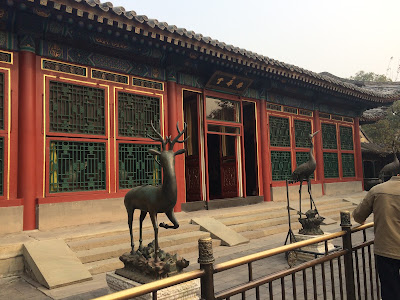 This building is the living quarters of the Dragon Lady on the grounds of the summer palace. 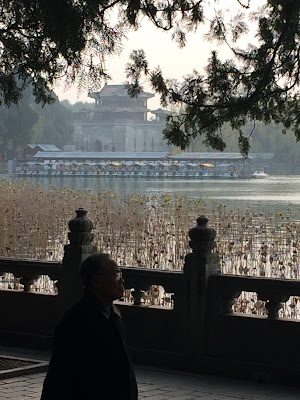 The pollution was settling back in so these shots of the lake are pretty fuzzy. 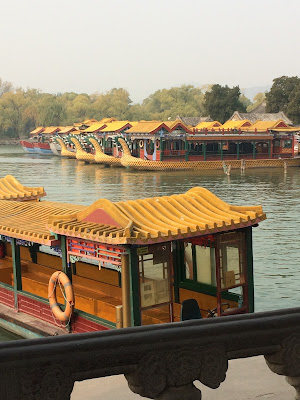 There were all sorts of beautiful barges and I so wanted to take a ride. 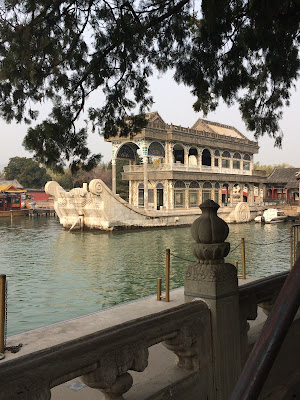 My husband laughed at me when I ask if this one made of concrete actually floated. 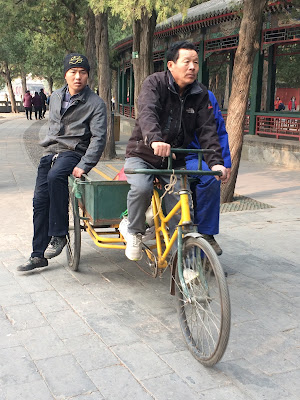 It takes a lot of workers to keep this place groomed. 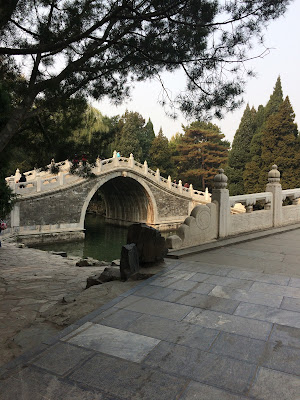 The grounds were massive with several pretty bridges. 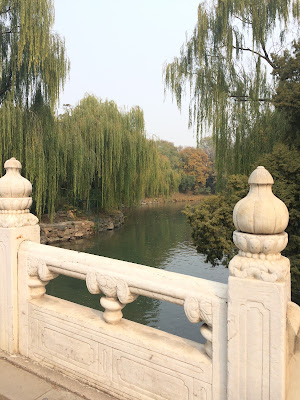 and I especially liked the Weeping Willow Trees. 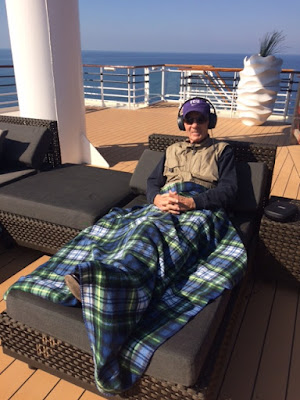 Back on the ship...we turn around and go back south to a Korean Island 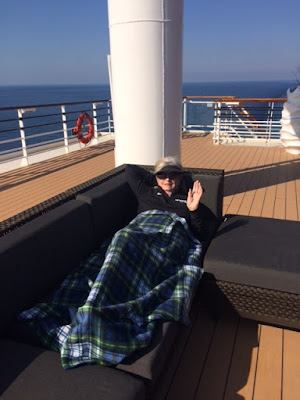 Yes, we also enjoyed these lazy days at sea!
Posted by Janey and Co. at 8:11 AM