I seem to whine a lot about being new here in Ft Worth, having left all of our friends behind in Houston. Well, that is not entirely true. We do have several friends, living here, that are also our summer neighbors in Colorado..... and we got together with two of those couples, for  dinner on Weds. night. We ended up back at Jim and Jane's house, and I commented on a photograph of a very old automobile, that was hanging on the wall in the game room. Jane's said," Oh that Jim's toy and it's in the garage." 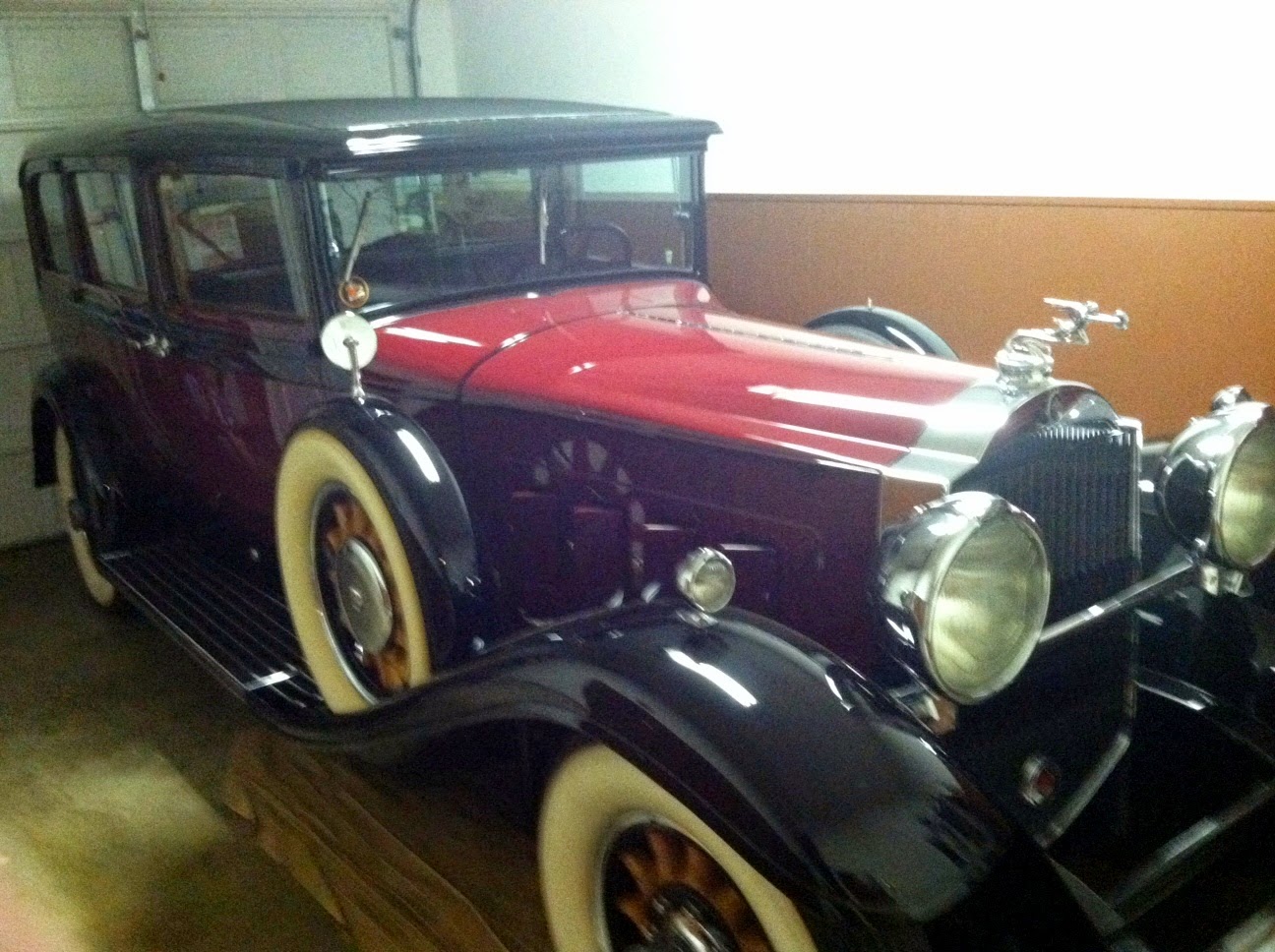 Okay, again, all I had was my cell phone, but I simply had to take a picture. Isn't that what all bloggers find themselves doing? I thought some of you would enjoy it's history. I hope I remember it exactly:

This 1931 Packard once belonged to the owner of a very famous canned food company in Chicago. Although, it was ten years old in 1941, he and his wife had driven it to their winter home in Arizona. When news of the bombing at Pearl Harbor reached him, he decided that they should fly home, leaving this car in the garage in Arizona, where it stayed for the next 25 yrs. The only thing that happened to it in those subsequent years, was that the tires were taken off and donated to the war effort. In 1966, an oilman from Midland, Texas bought it from the now deceased man's estate, and brought it to Texas. Our friend Jim is it's third owner.

Now I just need to figure out how I can get a ride :)
This is certainly something old that is in pristine condition,
so I am linking to : Rubbish Tuesday