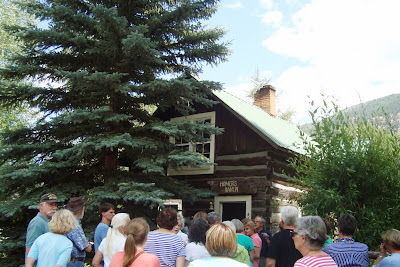 Last Friday we had the Modern Home tour...which was followed yesterday by  the historic home tour. It was just a popular with over forty tickets sold. This  house was  built in the late 1800's .An early miner's cabin, it remains virtually unchanged since Thomas Higgins built it around 1877. It even has a trap door in the kitchen just in case there was an Indian raid. 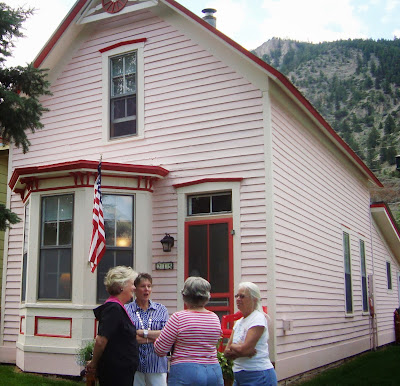 An assayer for the mines built one of the first frame homes in Lake City back in 1877. At the time he built it, his partner built an identical  home next door.....which was torn down in the 1940's. This home, which is in the center of town,  has been lovingly restored 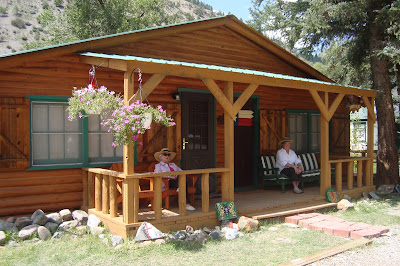 Our final home is was bulit on property in 1947, after the historic home on the land burned. It was originally built as a duplex...explaining the two front doors. There was a two way, shared fireplace, in the center of the cabin. This was a family vacation home, built by Texans, who were trying to get out of the heat and enjoy the local fishing. Today, is it owned by the family who bought it in 1959....and turned it into a single family home.

Come back tomorrow and I will show you a few of the interior shots that I took in each home.