The other night, our neighbor and good friend, Ron, was walking up his driveway and saw something glowing in the rocks beside his house. 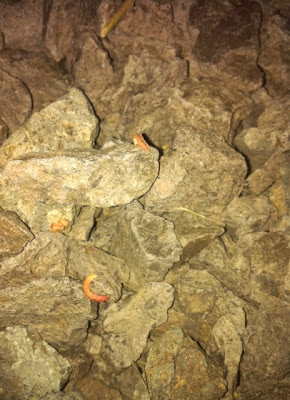 So he went inside and got his camera. When he used the flash on his camera, this it what the picture looks like. 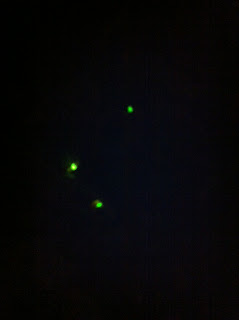