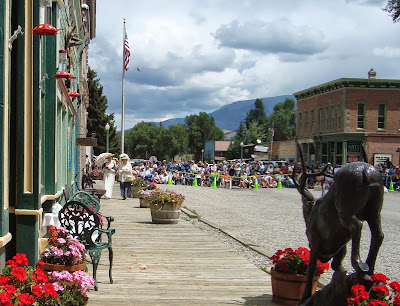 I was an extra in a movie scene yesterday. That's me in the big hat strolling down the boardwalk 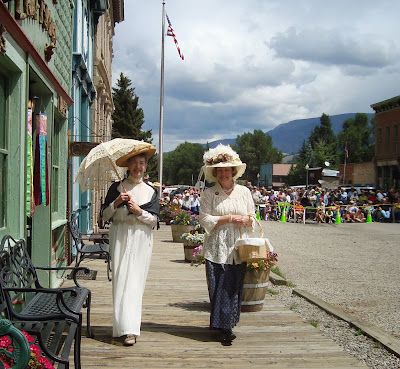 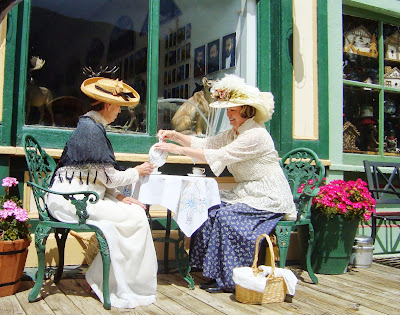 It all started out rather civilized 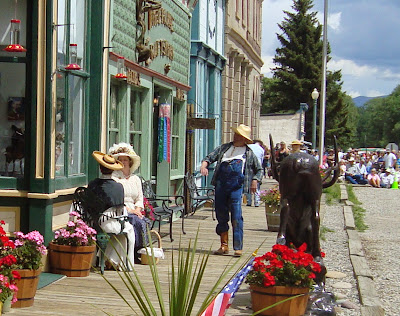 Then the town drunk showed up and tried to make conversation with us. 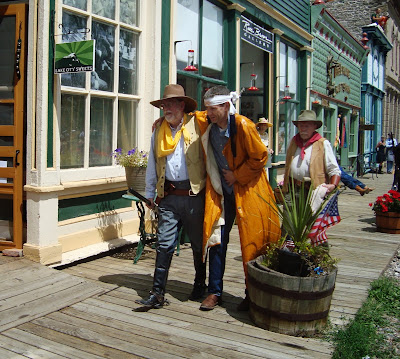 and a wounded desperado limped by 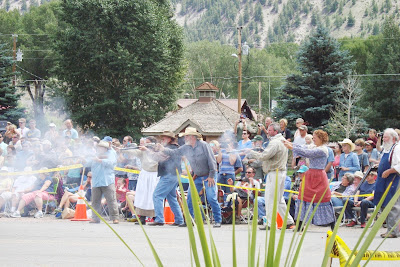 followed by what seemed like the whole town shooting each other. (with blanks of course)
The whole thing was a reenactment of the final scene of a 2003 Kevin Costner movie. I was surprised that around 300 people showed up to watch.

I sure had fun...despite how I feel about guns...even the blanks scared me!