In Search of the Train

We were delighted , this week, when we were invited to be part of a small group going on an expedition of sorts...in search of answers to questions about the old Denver and Rio Grand Railroad, that ran from Sapinero,CO to Lake City from  1889-1933.All traces of the train were removed in '33, including the tracks. Several miles north of Lake City, we visited the old Nathan C. Carr Ranch to try and find out how the Medera Water Tower (located on that ranch), which serviced the train, got it's water source. 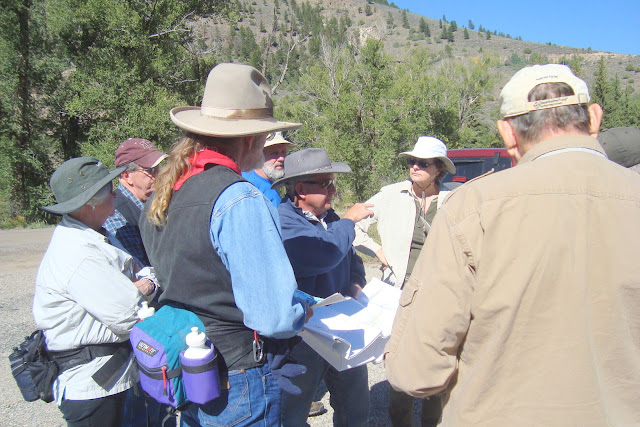 Below is all that is left of the Carr Ranch family home built in 1890. I scouted around and found a chip of pretty pink and white flowered china, a button and a green marble, proving to me that there was life here at one time. 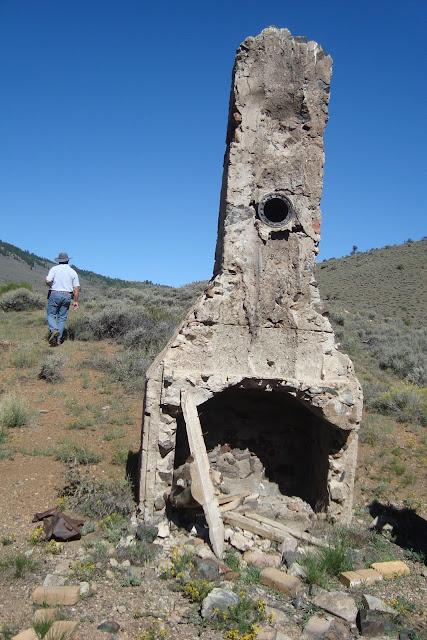 Several other structures were still standing on the property (well almost). 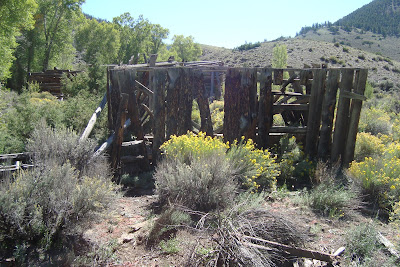 Just a gentle reminder that we were in Mountain Loin country! 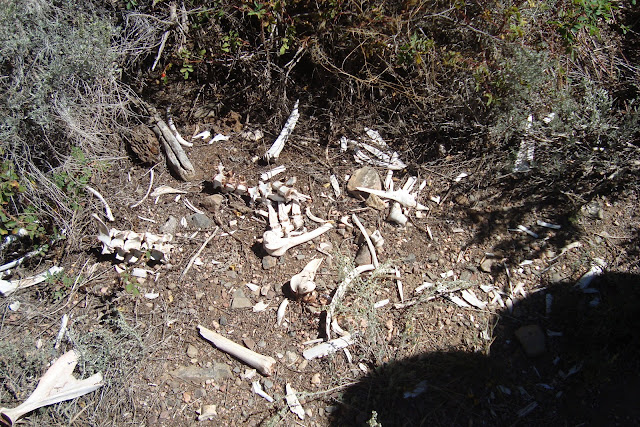 Leaving the Carr Ranch (water questions answered). We trekked along near the end of the Lake Fork of the Gunnison River (before it spills into the Blue Mesa reservoir);actually walking the  old railroad bed. We were looking for any signs that there was once a bridge.(shown on old photos). Two miles in (from our starting point)  the pilings were visible on the river bank. Although, several of us turned back at a mile and a half! After all we had roamed around the Carr Ranch, up and down hills, for over an hour. Very interesting adventure! 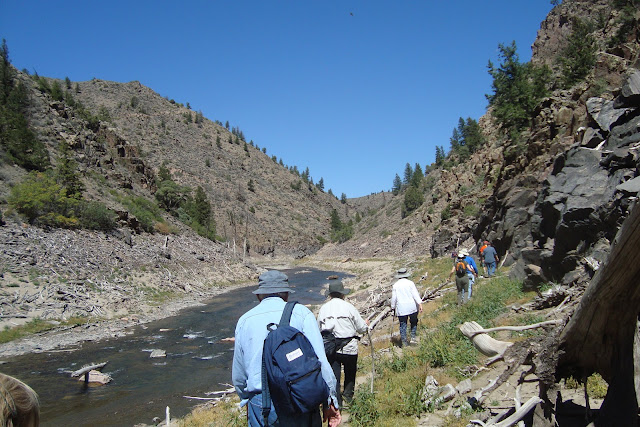