I have been doing a lot of pitching and tossing, since we moved into our new home....Isn't it amazing the things we hang on to? I found a stack of old letters that my Dad had written to me, and sat down and read them...They brought tears to my eyes...but that is another long story.

A fun thing I found, is an old suitcase full of memorabilia of when I was an airline stewardess. Yes, that is what we were called back then. I flew for a Local Service Carrier, Central Airlines (in operation from 1949-1967). Central flew in the six central states of the U. S. I was based in Ft. Worth, Texas, but actually lived in Dallas. 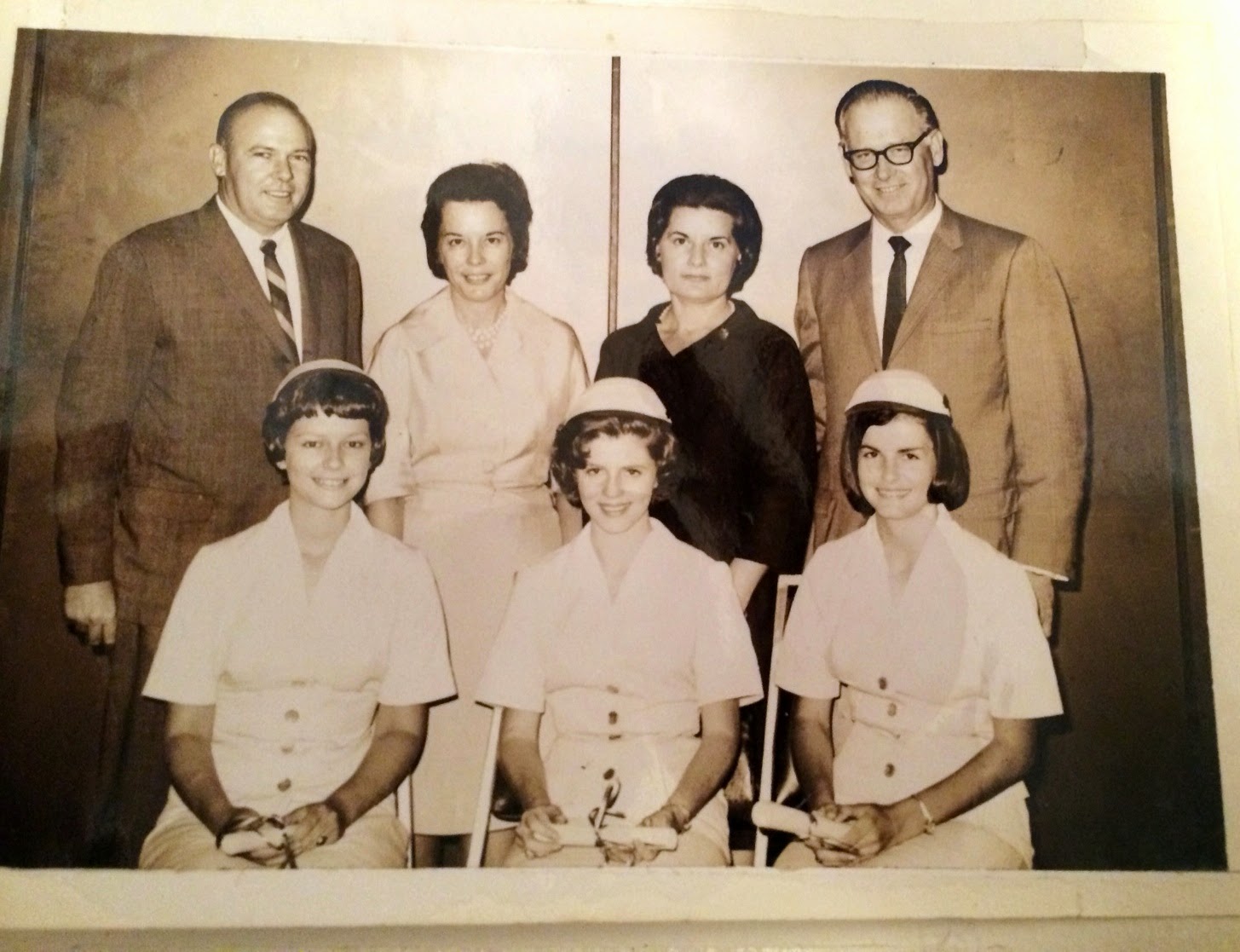 This was graduation day (from Stewardess Training) July of 1965. Yes, there were only three in our class. That is me on the far right, with my natural color hair. Isn't it amazing that my hair, instead of turning gray, has turned blond? (believe that and I have a bridge to sell you). I wish I could identify everyone in the picture. I do know the man on the back row, left....is Bud Herring (1923-2011) President of Customer Service.

The next gal was assistant Chief Stew. I am struggling for her name. Lady in black is Thelma Doyle...There is no way I could forget her. I have never been so frightened of any human being in my life. I need to dedicate a whole blog to her!
The gentleman behind me is Lamar Muse (1920-2007). He was President and CEO from 1964-1967. Lamar had a long career with many carriers. I feel sure that some of you may have heard of Southwest Airlines?....Well, he was a co-founder, President and CEO...in the early days.

Nancy, on the front left was the dearest of friends . She died suddenly of an aneurysm in her early fifties,while playing golf. Nancy actually taught me to play golf. Jeanne, in the center...who had beautiful red hair, is still flying.

Central Airlines merged with the Old Frontier Airlines in 1967. Then Frontier was bought by Continental Airlines, which has now become part of United Airlines. Last I heard, Jeanne was so senior that she was only working a very few days a month. I actually was a passenger on her flight a few years ago (1999) Paris to Houston. She was serving me a drink, and I had a deja vu moment. I had not seen her in 31 years. You can't imagine the shock when we realized how we knew each other!!


Thanks for going down memory lane with me. Wonderful years of my life! Oh... 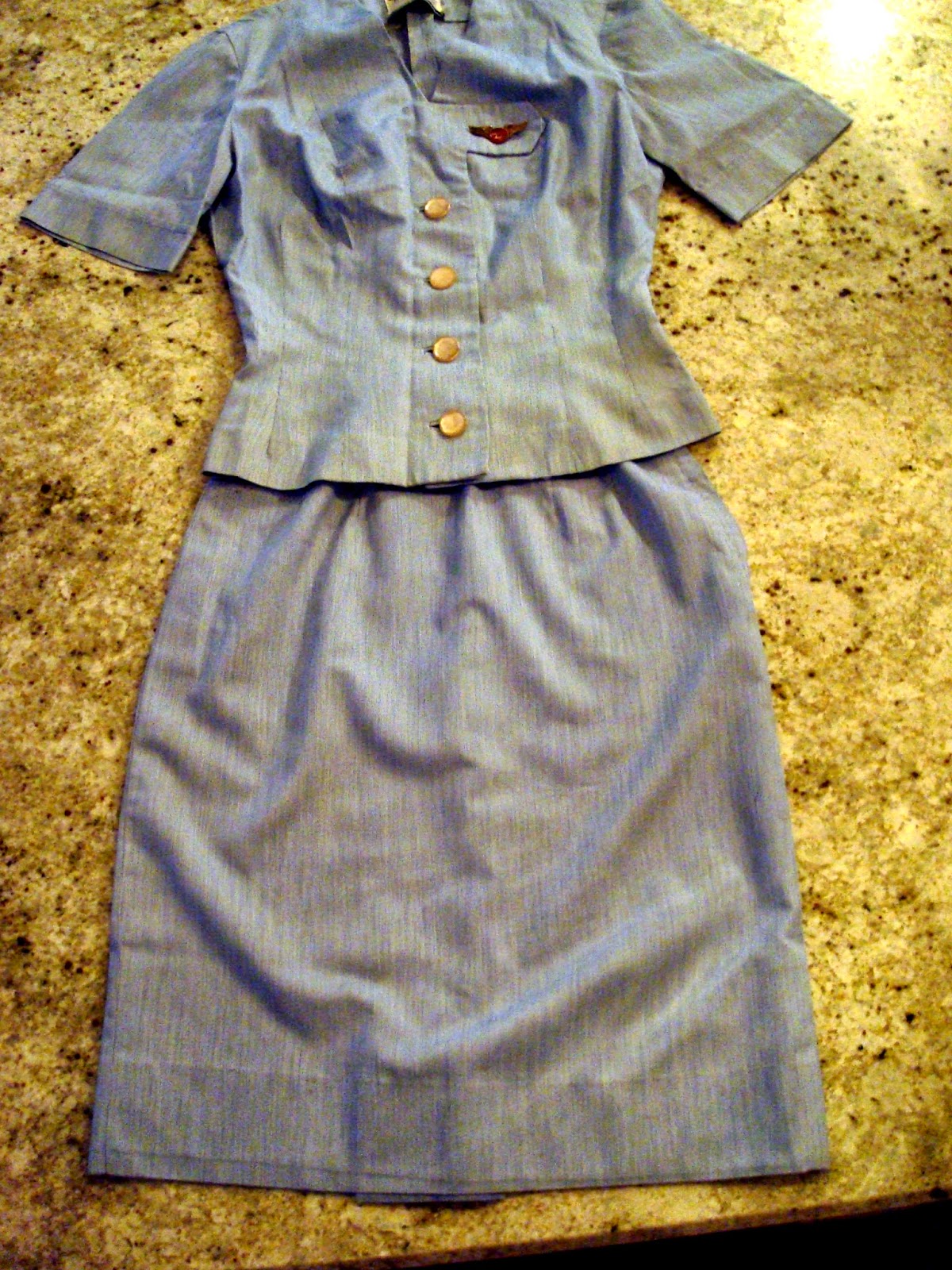 To prove I hang onto important things. This is the uniform I had on in that picture :)
Do you have a memory box?
* Word Verification always been turned off on this blog. I have had a complaint that it is happening.? Has anyone else experienced this?