On Friday night we drove over the mountain to the east. We were headed to Creede, Colorado for opening nigh tof the Creede Repertory Theater, 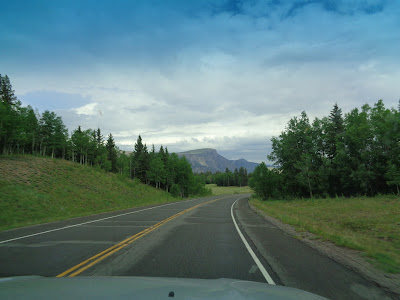 The drive is about a hour, and I never tire of it. You go over two mountain passes, the Continental Divide and pass the headwaters of the Rio Grande River. That is Bristol head in the distance.The fact that there is very little traffic is also a plus. Following are a few of the pictures I took from the car 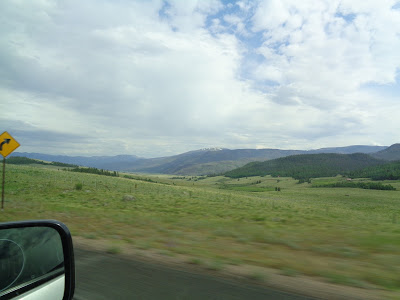 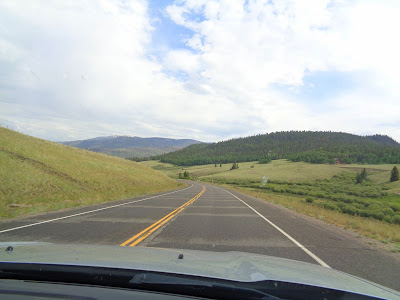 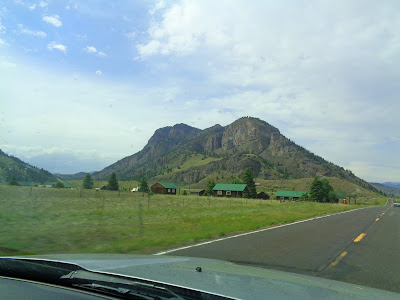 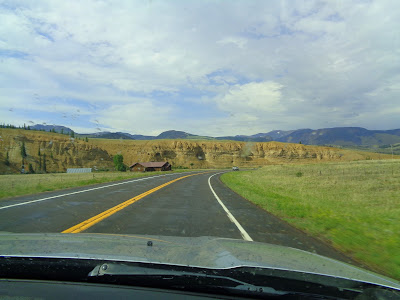 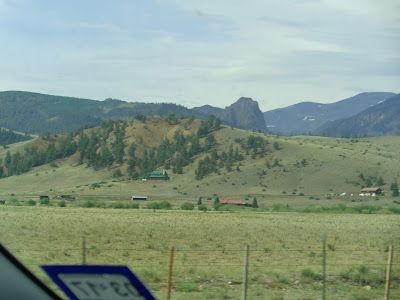 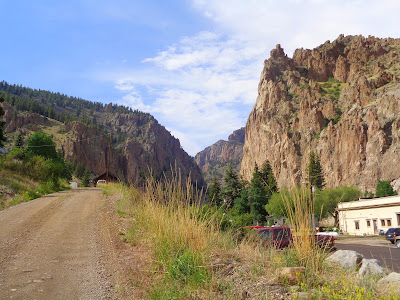 We are pulling into town Creede which was Lake City's rowdy neighbor back in the mining days, with  notorious folks like Soapy Smith, Bat Masterson, Poker Alice, and Jesse James who was shot to death here in one of this town's then eighty saloons. 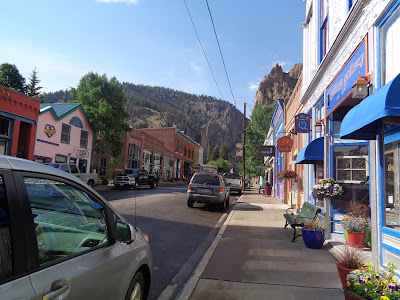 Creede has cleaned up it's act since then, and is now a charming place to visit.
Posted by Janey and Co. at 7:02 AM