People on The Street

Tom and I walk most every morning, therefore we come across other folks....on the street.. 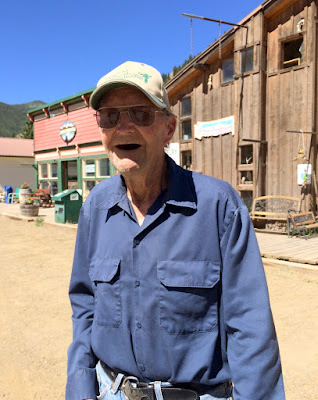 Meet Thelbert who walks at least a mile every morning. Thelbert,who lives alone in an RV park in town, proudly announces  that he is almost 95 yrs.old. He is a native of Colorado, being born in Hotchkiss , but arrived in Lake City as a young man.. In addition to working on ranches in the area, he also worked at the old Ute Ulay Mine. He said a large truck came the  three miles down the mountain every morning to pick of a  load of miners. Although Thelbert says he worked in the mill up there, which processed the ore. 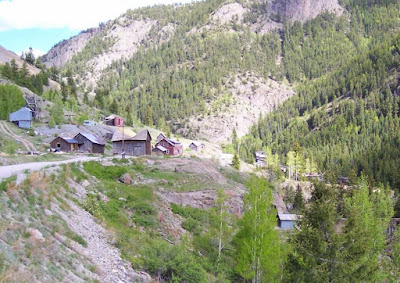 The Ute Ulay Mine and Mill was here before Lake City, and is the reason this town came about. From 1874 to 1923 the Ute Ulay is reported to have milled $12 million dollars from the discovery of silver, gold, lead and zinc. That would be roughly $280 million at today's value.The mine changed hands over the years, and was opened and closed several times, closing for good in 1980. This site which was high on the endangered list of Colorado historical places is finally being saved with private donations, state and federal funds. I consider it an honor to actually meet someone who worked there.
*Interesting note. The mill was refurbished in the 1960's was operated by an engine that came from a WWII