Over the weekend we went out of town on a little get away. 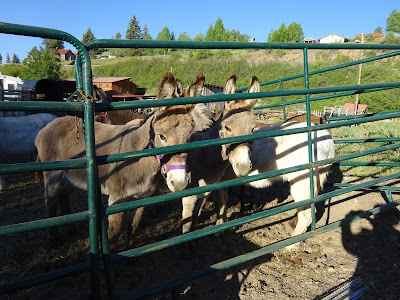 We headed southeast over two mountain passes. First stop, the small mining town of Creede (about and hours drive). We had plans to visit a bakery there and have coffee. ...but the town was preparing for a festival and nothing was open. It is the town's 125th anniversary and these sweet donkeys were there for one of the events. A Burro Race. We said good morning to them, and head out alongside the Rio Grande River to the next little town of Southfork, 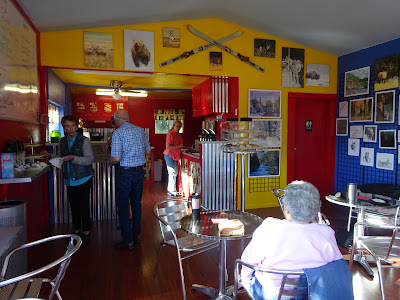 there we found a new little coffee shop open that had not only good coffee but homemade pastries. It was also colorful enough to wake us up! 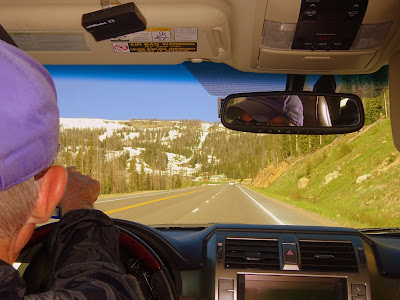 Full (and awake) from the caffeine we headed over Wolf Creek Pass headed south. As you can see, the ski area still had traces of snow.
Next was the largest town we'd come to so far, Pagosa Springs, but we cruised right on through. 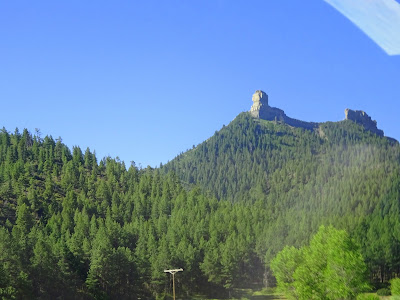 I did take a picture(through the window) of the Chimney Rock National Monument, just southwest of Pagosa. It is an interesting archaeological sight, but we didn't have time to investigate it. We will  visit  there another day.
Heading out through the mountains just at day break of is so beautiful. We saw more deer than we could count and two moose. I will give you a hint about where we are headed. Has something to do with flowers. Until next time....Janey
Posted by Janey and Co. at 10:51 PM