I know it seems  like we are always in the car. This time, Tom needed to go to Office Depot. There is not one in Gunnison (to the north), but there is one in Montrose to the northwest. Instead of taking the same drive that we took to the supermarket, and then turn west.....There is a shortcut! Although, it is still a two hour drive (both ways) 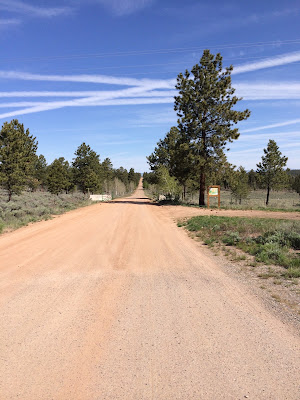 About twenty one miles north of town, you turn west on this dirt road. 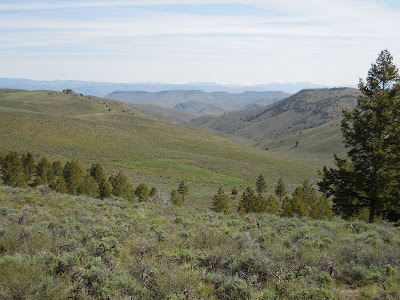 It bet you think that there is nothing out there, except lot dried sage plants, but you would be  wrong. 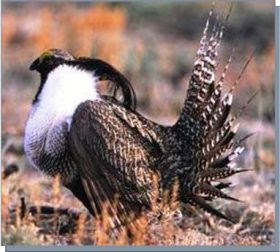 For this is the natural habitat of the Gunnison Grouse. There are so many Grouse out there, that they close this road in the early Spring. That's when the male Grouse does it's fancy dance, trying to attract a female to mate with. 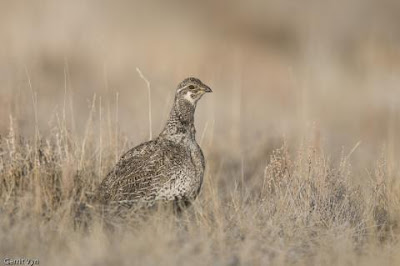 The female Grouse, about the size of a chicken, is rather plain, like so many bird species. 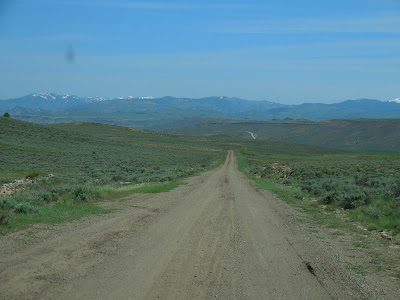 There is not a lot of traffic . 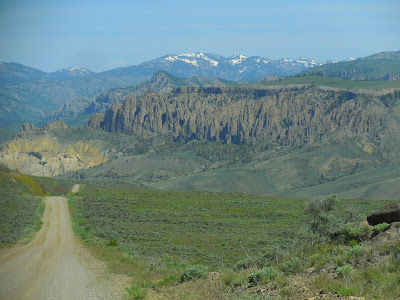 You know that you are nearing the highway again when you see the Dillon peaks, that stand guard above the Blue Mesa Reservoir. 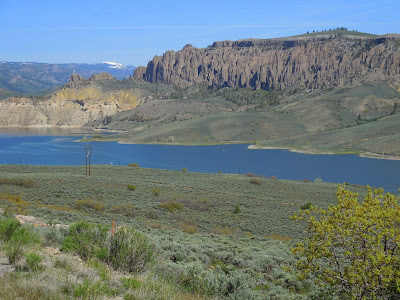 This is the same lake that we cross to get into Gunnison, but now we are at it's western edge...much closer to Montrose. Thanks for coming along. We are going to stay put for a few days. Don't know about you, but I am tired of the car.